As #TwoWomenTravel, two friends recently live-tweeted their journey to Britain for one of them to have an abortion. Another 11 women will have made the same journey every day. But is the country ready to repeal its eighth amendment? 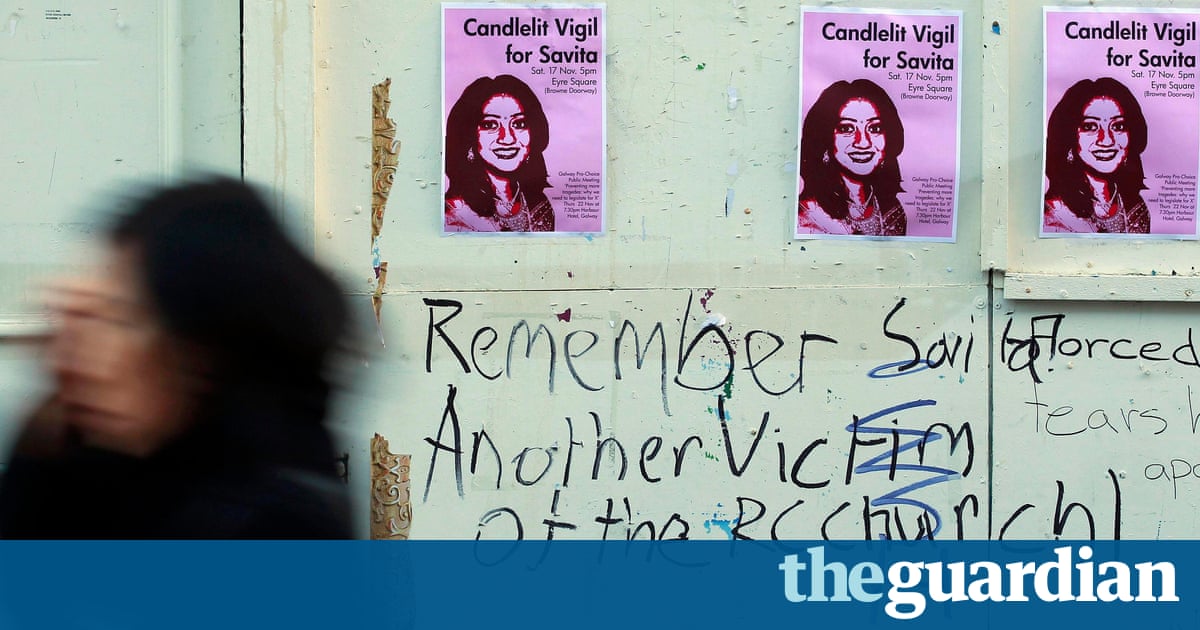 Irelands abortion regime has been responsible for a litany of tragedies in recent years. The death of Savita Hallapanavar, denied a life-saving abortion during her miscarriage; the state-sponsored abuse of Miss Y, a suicidal teenage asylum seeker and rape victim, forced to carry her pregnancy to viability and deliver by C-section; a brain-dead woman kept alive, effectively as an incubator, against her familys wishes. And there are plenty more mundane, yet nonetheless heartbreaking, stories of approximately 12 women a day who travel to the UK to access abortion services.

In the last year, something fundamental has shifted. The Irish pro-choice movement is getting loud. Actors and writers including Tara Flynn, Helen Linehan and Susan Cahill have publicly shared their abortion stories, bravely breaking taboos. An abortion bus flouted the law to tour Ireland distributing medication. Comedian Grinne Maguire had us all tweeting details of our periods to the taoiseach, Enda Kenny. Activist Anna Cosgrave designed distinctive Repeal jumpers, so that on any given day in Dublin you will see supporters with their commitment to repealing the 1983 eighth amendment to the constitution emblazoned across their chests. Thats just the tip of the iceberg.

The last two weeks have seen some of the most extraordinary activism yet in the campaign to repeal the eighth amendment. Under the Twitter handle @twowomentravel, two friends live-tweeted their journey to England so that one of them could access an abortion, turning a personal crisis into a powerful political action. Answering my questions, on the condition that her anonymity was preserved, the companion explained that while planning the journey her friend decided she wanted something good to come from it for Irish women.

Whats the alternative? she asks, Silence? Silence is breaking 12 Irish hearts a day. Silence is trapping migrant women in desperate situations, silence has the blood of Savita on its hands, silence is the shape of Miss Ys devastation. Silence has devastated the women and girls of Ireland, but now its time to talk, and get real.

They certainly got real. The pictures they shared were striking in their ordinariness: boarding an airplane in the cold grey of dawn; views from taxi windows; waiting rooms with magazines; a basic hotel. They tagged Kenny in each. The most controversial image is a lightly bloodstained sheet, which they felt was important to show: they were certainly not the first women to face a long trek home, bleeding and sore.

The anti-choice brigade have been all over that photo, the friend tells me. The realities of womens bodies have been glossed over for too long. We bleed, and we birth, and its not pretty, but thats life, and that reality needs to be brought to the fore. Theres no realism in the philosophical focus of the anti-choice side. They can speculate until the cows come home about when life begins. In fact, they have speculated so loudly and for so long that real lives of women and girls have ended unnecessarily.

When #twowomentravel returned, 48 hours later, they had tens of thousands of Twitter followers and were making international headlines. We could never have expected the response we received. It was surreal. Where do you even begin thanking people for standing with you in that situation?

They believe that Kenny saw their tweets: He stopped posting updates on the Olympics, which he had been doing regularly, she says. In her view, Kenny going offline speaks volumes. In any case, they are not surprised by his silence.

He has no compassion, no interest in the lives of women. There are more than 100,000 women who went before us. He could have listened to any number of them, and he didnt. He owes over 3,000 women a year a whole lot of money and remorse.

The #twowomentravel hashtag was brimming with gratitude and solidarity. But there were also, inevitably, anti-choice pundits aggressively shaming the women. We were showing photos of waiting rooms, taxis, flights. In response, we got bombarded by violent rhetoric accusing both of us of murder, bombarded with pictures of mutilated foetuses.

Perhaps the strangest criticism came from detractors who refused to believe that the anonymous women existed. Seemingly, even though a dozen women a day make this journey, the notion that one of them would refuse to be shamed into silence defies all logic.

Right now, the friends are processing everything that has happened one healing and taking time out following her abortion, the other dealing with media. They intend to keep fighting. We have to break the hold of silence. We can no longer whisper. We have been failed for too long. Now is the time to be loud.