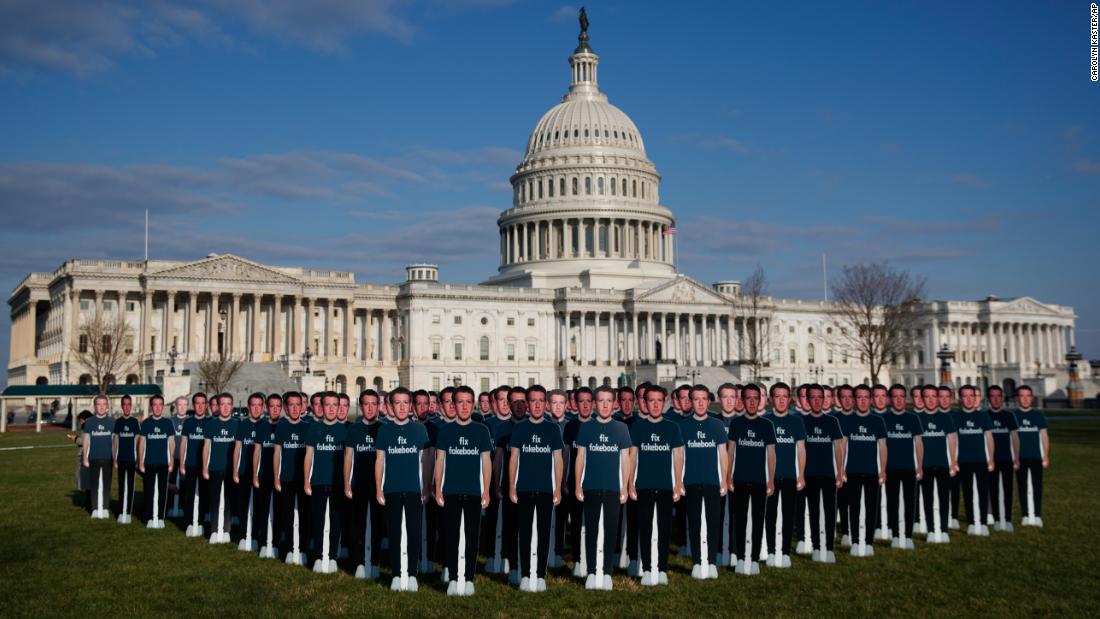 (CNN)An army of 100 life-sized cutouts of Mark Zuckerbergs took over the US Capitol lawn ahead of the Facebook founder’s Senate appearance Tuesday.

“We know Facebook is doing things to address the fake news problem, but they are doing it in a way that is too small and too secretive,” Avaaz campaign director Nell Greenberg told CNN. 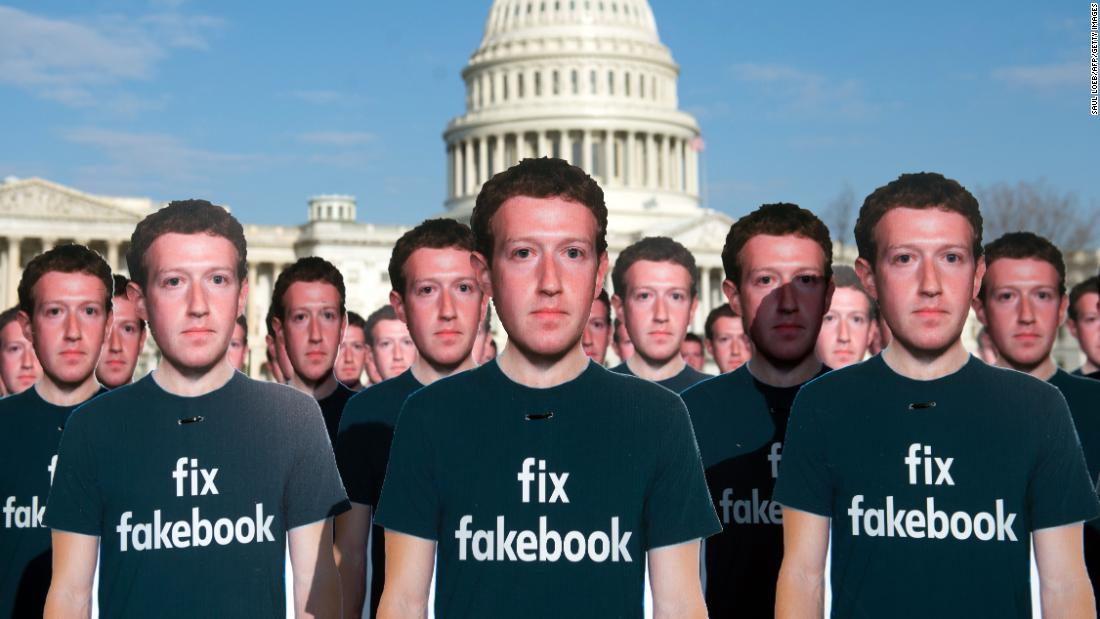 The Avaaz campaign also includes an open letter in response to Zuckerberg’s apology, which more than 850,000 people across the world have signed. Zuckerberg took out full-page ads in several British and American newspapers to apologize for a “breach of trust” in the Cambridge Analytica scandal.
The letter addresses four key elements the organization wants Facebook and other internet sites to address: tell the truth, ban the bots, alert the public and fund the fact-checkers.
“We want Facebook to tell the truth regarding the work that is being done to stop this and the scale of the fake news and fake post problem. We just want to know the transparency of the problem and what is being done to tackle it,” Greenberg said. 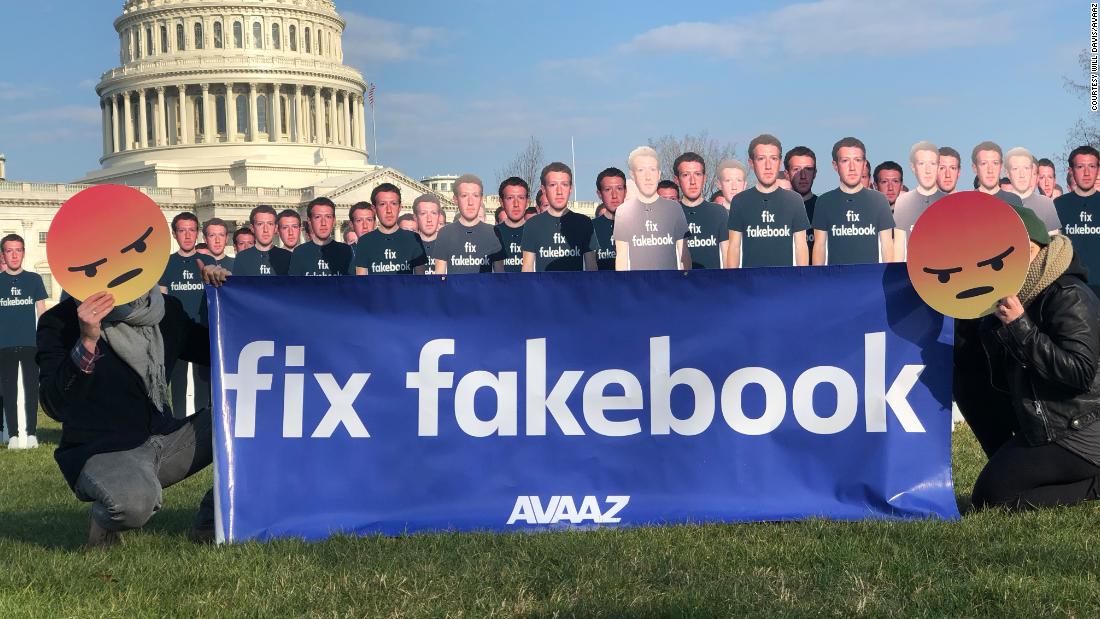 The group says the cutouts represents the hundreds of millions of fake accounts still spreading disinformation on Facebook.
Each is wearing a shirt that reads “Fix Fakebook.”
This is the first time Zuckerberg will personally sit for questions from Congress. His testimony marks a pivotal moment for Facebook, as Zuckerberg will spend two days answering lawmakers’ questions about what the company is doing to protect users’ privacy.