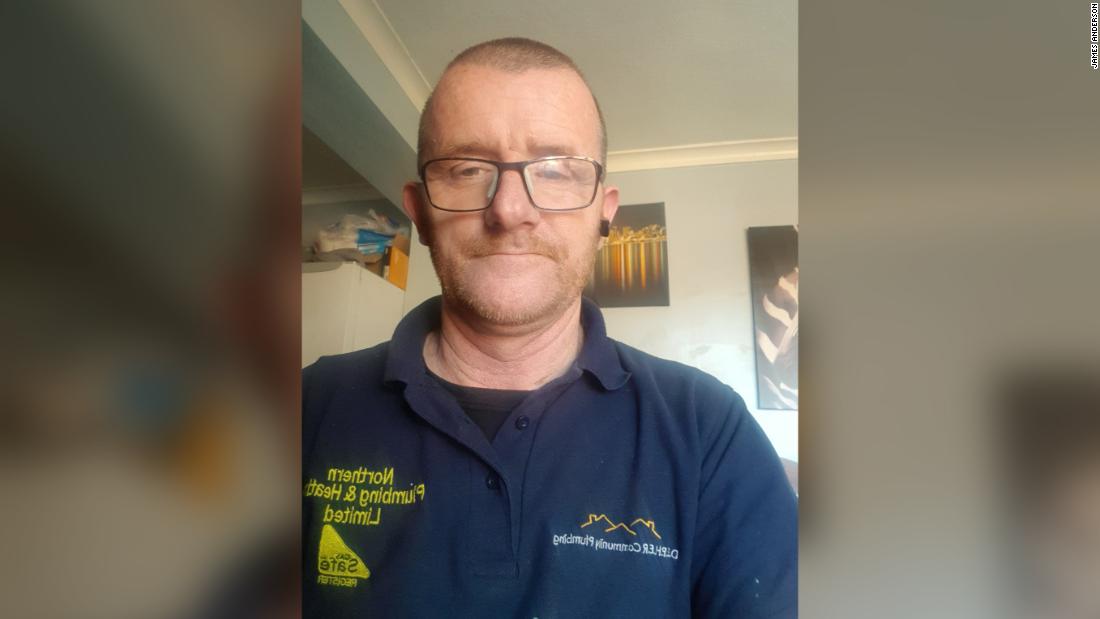 (CNN)“It’s totally free of charge.” These are words you wouldn’t normally associate with a broken boiler.

James Anderson, originally from Liverpool, is being lauded for his bill of £0 sent to a 91-year-old woman with leukaemia.
The bill, initially shared on Facebook by the woman’s daughter, Christine Rowlands, was accompanied by the message: ‘No charge for this lady under any circumstances. We will be available 24 hours to help her and keep her as comfortable as possible.’
Anderson insists that she will have “free plumbing for life.”
But this isn’t a first act of kindness for Anderson. Since turning his plumbing business into a community project for vulnerable people, he says he’s helped and assisted thousands of people.
That’s 2,389 people since March 2017 to be precise, he told CNN.
He says he was inspired to set up his company, DEPHER, after he saw another elderly man being “manipulated” by another engineer in the area.
“It got me thinking about other elderly and vulnerable people — we need to do something more to help the people who need it most,” Anderson said in a phone interview.
“A lot of elderly and disabled people don’t like asking for assistance and if they can’t afford something like fixing the boiler, they might not do it and get into trouble. We are there to take that worry away.”
He hopes that, by lowering the cost, people can use the saved money in other important areas of their life and help “keep their independence.”
Anderson acknowledged that he couldn’t always provide a free service if the funding wasn’t there and said at times it had been a “struggle.”
DEPHER relies heavily on donations and crowdfunding to support the service and has previously received £2,000 from the Duchy of Lancaster Benevolent Fund, the Queen’s charity.
However, Anderson has drummed up debts of around £8,000 from running the service. He insists they are under control though and is paying it off in monthly £100 installments to the bank.
That said, he offers a 25% discount even when the funding is running dry.
“As long as I have enough money to fill up the tank in my car, I will be there to try and help the people who need it.” 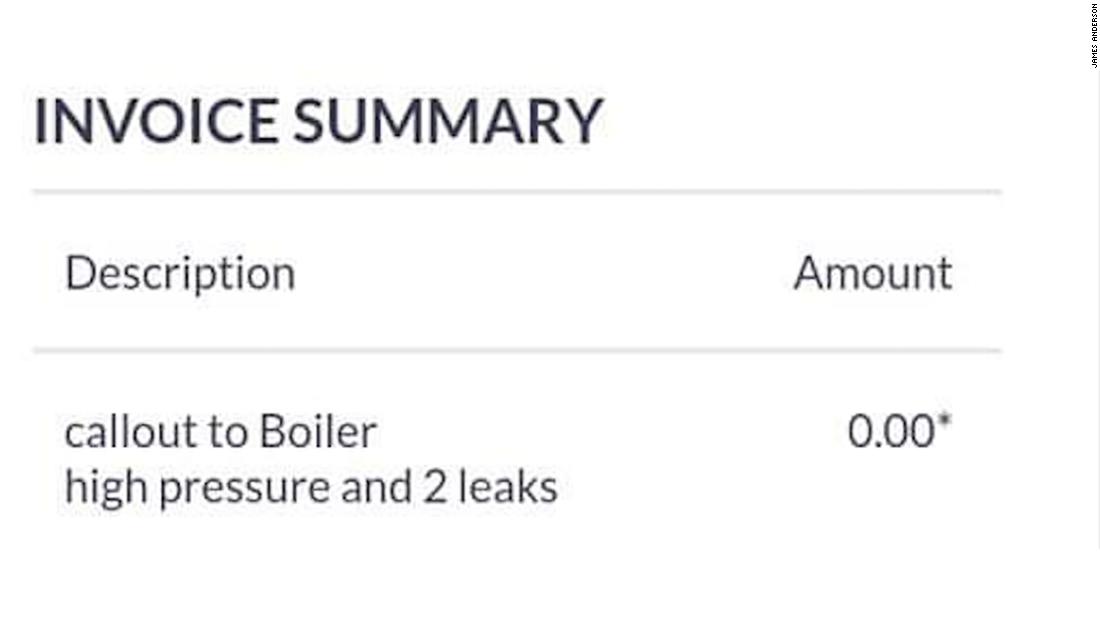 Rowlands, the daughter of the 91-year-old woman he helped, described Anderson as an “angel dressed as a plumber.”
She told CNN that she came across him when her mother’s boiler broke and they needed it fixing at a reduced cost.
“James is an absolute star, it was overwhelming to see that it cost nothing,” she told CNN.
The plumber says he does get something back from his work for vulnerable people. Put simply, it makes him feel good inside.
“It makes me feel human, humble and a little giddy inside… I want to expand this service across the country. I will never give up the fight.”
And although he doesn’t always expect payment, he says it is sometimes nice to receive a “smile and a cup of tea.”