Washington (CNN)President Donald Trump, despite vociferously denying any collusion with Russian operatives in 2016 and labeling special counsel Robert Mueller’s investigation a “witch hunt,” has racked up a series of problematic decisions that now loom over the investigation that’s engulfed the White House. 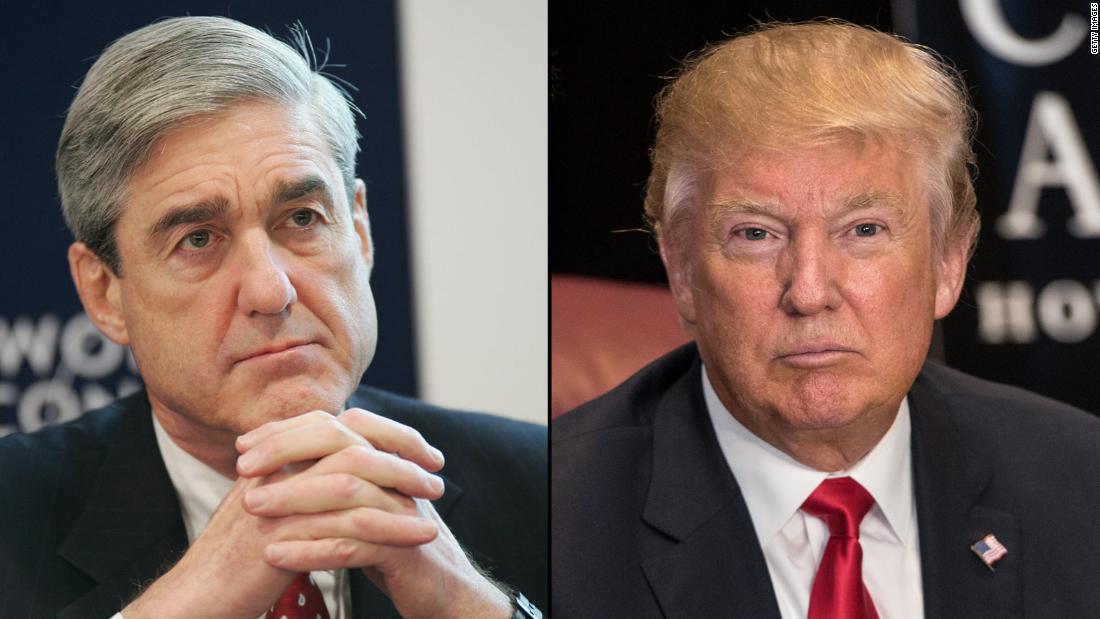 The series of events offer Mueller’s team insight into Trump’s mindset during their investigation and could factor into whether an obstruction of justice case could be made against the President.
Here are some of Trump’s reported problematic decisions on Russia:

Trump, in what would have been a remarkable and historic move, called for Mueller’s dismissal as special counsel in June, a source familiar with the matter tells CNN. Instead of carrying out the plan, White House counsel Don McGahn refused the order and told Trump he disagreed with the President’s reasoning, which rested on the idea that Mueller has conflicts of interest in the investigation.
The New York Times broke the story on Thursday, adding that — according to their sources — McGahn threatened to resign over the order.
Trump’s order came just weeks after Mueller was named special counsel and possibly within days of The Washington Post reporting that Mueller’s probe was expanding to include a possible obstruction of justice case.
Trump called the report “fake news” as he entered the World Economic Forum in Davos, Switzerland, on Friday but didn’t specify what was fake about it.

On January 27, just days after taking office, Trump broke bread with then-FBI Director James Comey in the Green Room of the White House.
It was during that dinner, according to Comey, that Trump asked the FBI director for his loyalty.
“A few moments later, the President said, ‘I need loyalty, I expect loyalty,’ ” Comey wrote in his testimony to the Senate Intelligence Committee. “I didn’t move, speak or change my facial expression in any way during the awkward silence that followed. We simply looked at each other in silence.”
Comey later added that Trump again asked for loyalty but that the FBI director said he would “always get honesty from me.”

Trump, after asking to be alone in the Oval Office with Comey on February 14, 2017, asked the FBI director to let the issue facing then-national security adviser Mike Flynn go, according to Comey’s testimony. The FBI was investigating Flynn for talking to Russian diplomats about sanctions and other topics during Trump’s presidential transition.
“I hope you can see your way clear to letting this go, to letting Flynn go. He is a good guy. I hope you can let this go,” Trump said, according to Comey’s recollection.
Trump would later deny that he ever asked Comey these questions.
“I never asked Comey to stop investigating Flynn,” Trump tweeted in December 2017. “Just more Fake News covering another Comey lie!”

Fuming at Sessions for recusal

Attorney General Jeff Sessions, under intense political pressure, recused himself from any investigation related to Trump’s 2016 campaign, including the probe into Russian meddling in the election and possible collusion with the campaign.
“I have decided to recuse myself from any existing or future investigations of any matters related in any way to the campaigns for President of the United States,” Sessions told reporters in March 2017.
Though Trump stood by Sessions in a written statement at the time, The New York Times later reported that the President privately fumed at the attorney general and longtime supporter for bowing to the pressure and recusing and asked him to resign.
According to the Times, Trump called Sessions an “idiot” during the meeting, which led Sessions to pen a resignation letter that the President never accepted.
That fury went public later in the year when Trump used interviews and Twitter to slam his attorney general.
The President would later tell The New York Times in July that Sessions “should have never recused himself and if he was going to recuse himself, he should have told me before he took the job, and I would have picked somebody else.”

Trump, citing a letter written by Deputy Attorney General Rod Rosenstein, fires Comey, the man tasked with investigating collusion and the 2016 campaign.
The decision caught Washington — including a number of senior White House aides — off-guard. Though the decision was perhaps meant to stifle the Russia investigation, it is what triggered a series of events that eventually led Mueller to be appointed.
The decision — which came less than two months after Comey said publicly for the first time that the FBI was investigating Russian interference in the 2016 election — further compounded the problems Trump had with the now expanding inquiry into his campaign’s connections with Russian operatives.

Pressuring Sessions to clean house at the FBI

After firing Comey, Trump nominated Christopher Wray to lead the organization. After Wray was confirmed in August, the President — according to a source familiar with the conversation — pressured Sessions to push Wray to make staff changes in the senior ranks of the bureau.
Sessions passed the information along to Wray, urging him to get a fresh start with a new leadership team by specifically suggesting the bureau’s deputy director, Andrew McCabe, and its top lawyer, James Baker, needed to go, the source said.
Wray, according to the source, threatened to quit. Baker was reassigned in late 2017 and McCabe told senior FBI officials in 2017 that he planned to retire in the coming months.
Trump denied that Wray threatened to quit because of a pressure campaign spurred by the President.
“He didn’t at all. He did not even a little bit. Nope. And he’s gonna do a good job,” Trump said this month.

Asking administration to clear him of investigation

Trump, hungry to remove the cloud of Russian collusion hanging over his White House, asked Director of National Intelligence Dan Coats and National Security Agency Director Adm. Mike Rogers, two of his administration’s top intelligence chiefs, to publicly deny evidence of cooperation between his campaign and Russia during the 2016 election, multiple sources told CNN in May.
The ask came after Comey publicly — and for the first time — confirmed that the FBI had launched a probe into alleged collusion.
Both Coats and Rogers were uncomfortable with the request, the sources told CNN.
Coats declined to comment on Trump’s request during Senate testimony and a White House spokesperson said they would not “confirm or deny unsubstantiated claims based on illegal leaks from anonymous individuals.”
Coats and Rogers would not be the only Republicans Trump asked for help.
Sen. Richard Burr, the North Carolina Republican who chairs the Senate Intelligence Committee, told The New York Times in November 2017 that the President told him he was eager to have the investigation wrapped up.
“It was something along the lines of, ‘I hope you can conclude this as quickly as possible,’ ” Burr told the Times.
Raj Shah, a White House spokesman, later said that Trump “at no point has attempted to apply undue influence on committee members.”