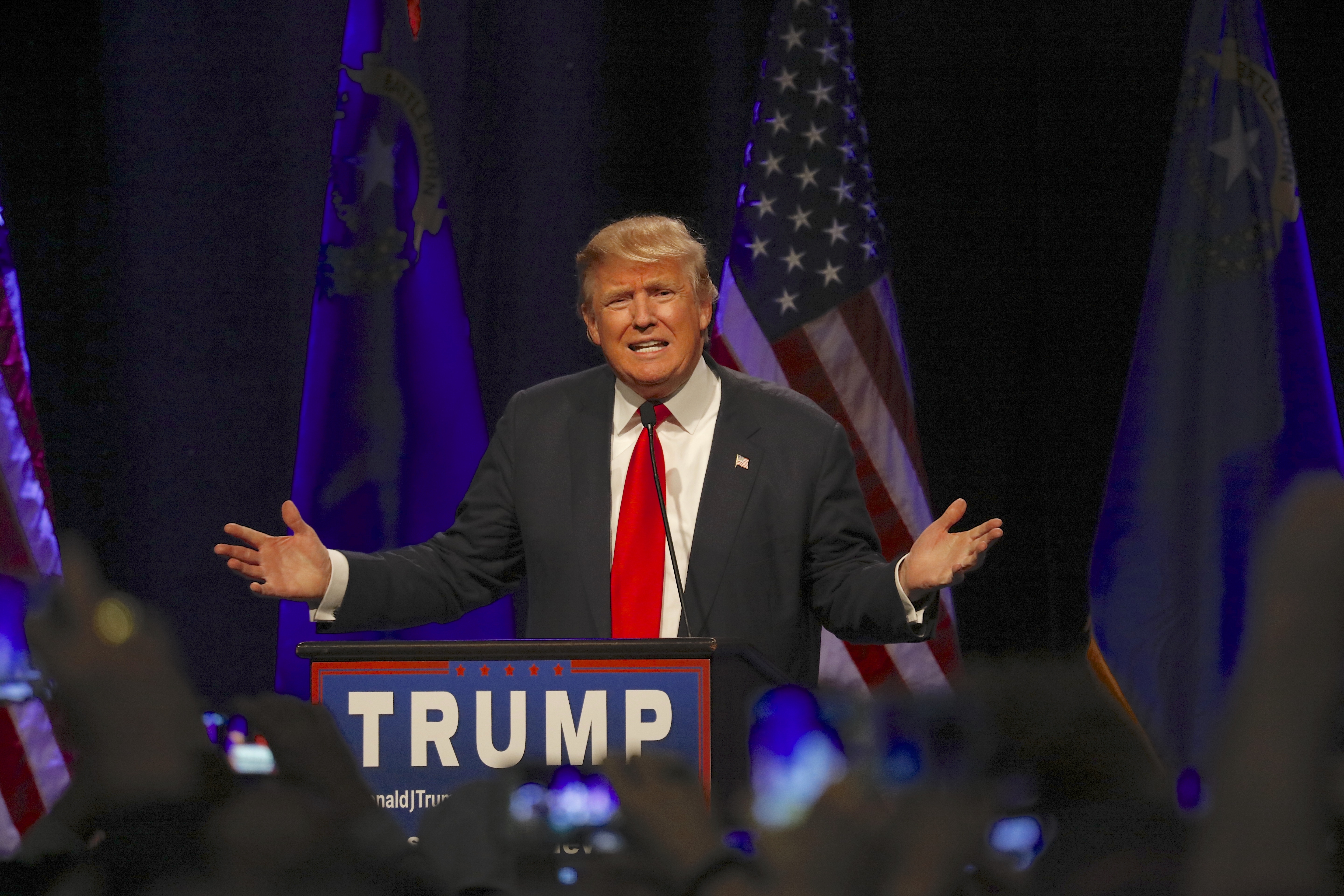 Bob Corker (R-TN-MAYBE OKAY?), has become the first Republican in the Senate to come out, guns-blazing, in opposition to Donald Trump. After announcing his retirement in September, the man has nothing to lose and is ready to take the Orange Meanie down with him. Since then, Senator Jeff Flake of Arizona basically stole Corker’s entire move, announcing yesterday in a statement on the Senate floor that basically translated to: The president is fucking crazy, and for that reason I am out. A brief history of Corker (The OG Trump-hating Republican) and Trump’s feud shows that these two are prototype frenemies, so if you have a friend breakup in your future, please take notes.

April 2016: Back when we all naively thought that the election cycle was the worst thing that could happen to us, Corker said he would “support but not endorse Trump.” K. That’s like telling your friend that you like her boyfriend, but he’s never actually invited to go anywhere with you guys.

May 2016 – December 2016: There were rumors for a bit that Corker was on the shortlist for VP, and then some more rumors that he was in the running for Secretary of State. Then there were even rumors that the reason Trump didn’t pick Corker for Secretary of State was because he is too short, which is like, reasonable as a restriction for your dating life, but not for the person who runs the entire foreign relations arm of your government. Obviously, Bob Corker is neither Vice President nor Secretary of State, leaving me to believe this man has been quietly seething in spiteful rage since the Inauguration. Same, my dude.

May 2017 – August 2017: Corker told a bunch of reporters what the rest of the world was already thinking: The White House is in a downward spiral. In August he made a statement that Trump “lacks the stability and competence to be president,” which warranted a half-assed response from the White House and an erratic and off topic tweet from Trump. So like, a typical Tuesday in Washington.

September 14, 2017: Right before Corker announced his retirement, it looked like the two were back on track. He described his relationship with Trump as “strong” and they even had a one on one in which neither killed the other. Progress, I guess.

September 26, 2017 – October 4, 2017: Corker announces he is not running for re-election, then low-key shades Trump in the press, saying Defense Secretary Mattis, Tillerson, and Kelly are the only things that protect our country from “chaos.” He’s right.

October 8, 2017 Aka Like Two Weeks Ago: Trumps tweeted that Corker begged for his endorsement for re-election, at which point our man Corker came back with the most fire clapback that an old white Republican could probably produce:

Later that night, Corker told he believes Trump will start World War III (tru, tru) and now it’s on. In an interview with Trump’s nemesis, CNN, Corker said that he would not support Trump again if he ran for re-election. He also believes that Agent Orange has “proven himself unable to rise to the occasion,” is “absolutely not” a role model for children, and that his great legacy will be “the debasement of our nation.”

Naturally the Donald had some choice misspelled words to share about this interview on Twitter, but Corker once again came through with a hashtag that we should all probably start using. 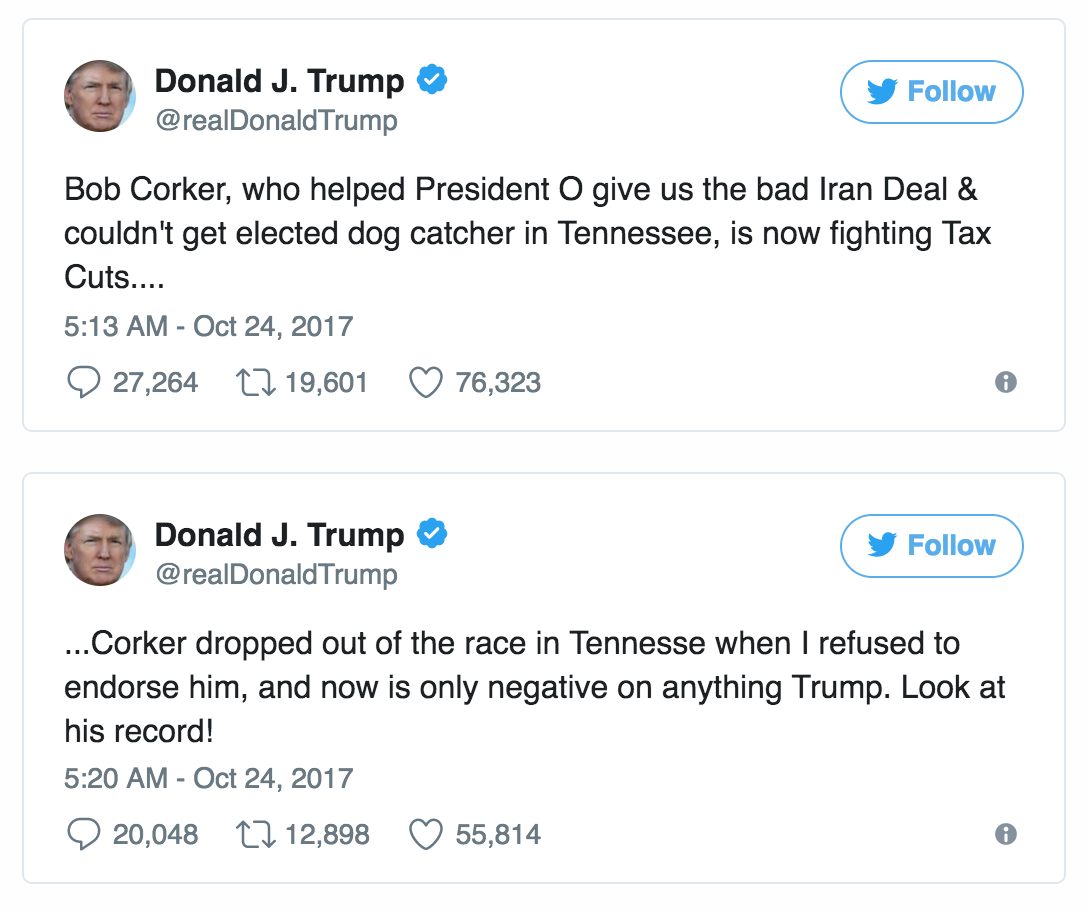 Heads up, you need to keep up with the news. It’s not cute anymore. That’s why we’ve created a 5x weekly newsletter called The ‘Sup that will explain all the news of the week in a hilarious af way. Because if we weren’t laughing, we’d be crying. Sign up for The ‘Sup now!