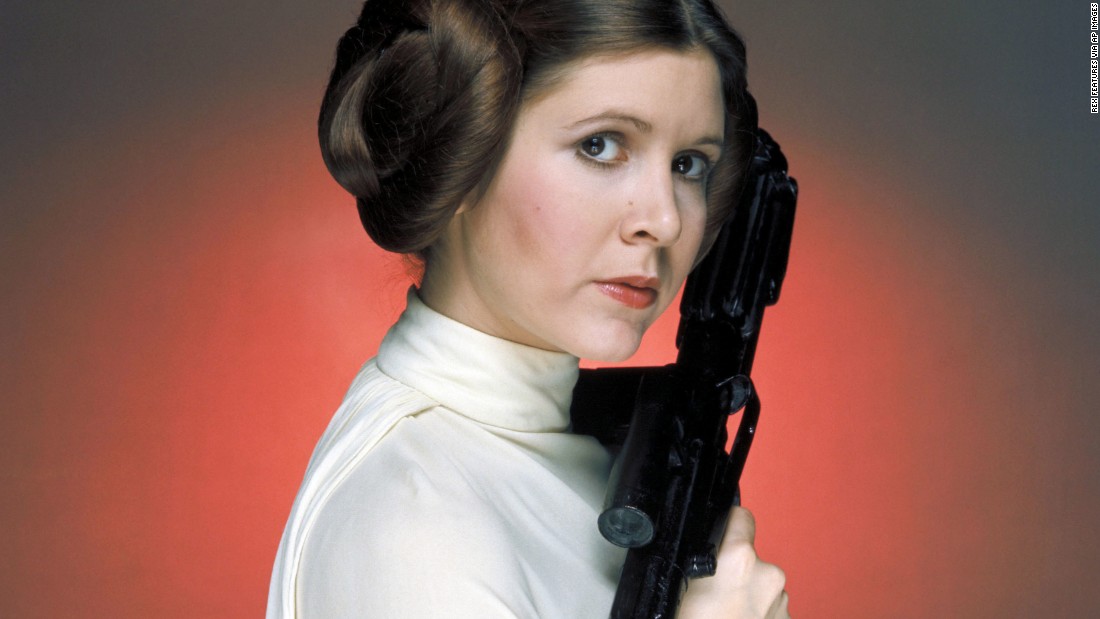 (CNN)She may be best known for playing Princess Leia, but Carrie Fisher was so much more than that. Here are seven surprising facts about her:

She was a sought-after script doctor

Among the scripts the good doctor rewrote and punched up without credit: “Sister Act” and “Hook.”

Photos: Fisher through the years

Story: How she died

Story: 7 things you didn’t know about her

Story: A champion for mental health
Video: Her most memorable moments

Video: Her affair with Harrison Ford

CNN interview: ‘I didn’t want to be famous’

Fisher starred in “The Blues Brothers” with Dan Aykroyd and John Belushi. Belushi set her up with Aykroyd (whom she calls Danny, by the way), and after a Brussels sprout-related mishap, the two ended up engaged. “I almost choked on some kind of vegetable that I shouldn’t have been eating: Brussels sprouts!” Fisher said. “So he had to give me the Heimlich maneuver. He saved my life, and then he asked me to marry him. And I thought… wow, what if that happens again? I should probably marry him.”

You know you’re somebody when Meryl Streep portrays you in a movie. (Ok, it was a movie adaptation of Fisher’s autobiography,“Postcards from the Edge.” But still, MERYL STREEP!)

Her emoji game was next level

She had a way with words … without using them. She tweeted with emojis.

Her dog was a celebrity in his own right

Her pup, Gary, strutted his stuff on red carpets and accompanied her on movie sets.
And he had the saddest tweet after her death (at least, the Carrie Fisher’s Dog Twitter account did, although we don’t quite know who runs it)

She was an awesome/terrible role model

Okay, so maybe Carrie Fisher isn’t the all-around best role model you could have. She was a self-proclaimed drug addict. She had, shall we say, a creative vocabulary. But, at the same time, she was an amazing writer and comic. She survived bipolar disorder that went undiagnosed for much of her life. And she never took herself too seriously: “If my life wasn’t funny, it would just be true, and that is unacceptable.” And she personified Grrl Power!

Without her, we’d never know there’s no underwear in space

At least, that’s what director George Lucas told her on the set of “Star Wars.”
“He explained: You go into space and you become weightless. Then your body expands but your bra doesn’t, so you get strangled by your own underwear.”