Given the nature of this article, it would border on bad taste for me to mention that this past Sunday marked the 12th anniversary of the death of Conservative Republican Godhead Ronald Reagan, but alas, I just did. That said, he’d merit a mention even if I didn’t still have a bunch of decorations to take down, solely on the strength of all the comparisons the Donald Trump candidacy has drawn to that of Reagan’s. 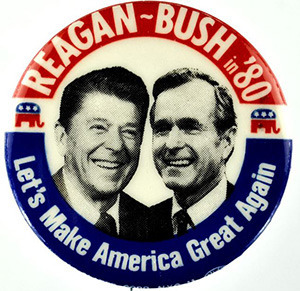 Does that slogan look familiar?

I sincerely hope the comparisons end at the candidate stage for a whole bunch of reasons, but one especially: If you ask me, Ronald Reagan was the worst goddamn president this country has elected to date. I talk about that on this week’s Unpopular Opinion podcast …

… where I’m joined by my Cracked co-workers Alex Schmidt and Tom Reimann. It’s also what I’m talking about in this column today. Here goes!

#6. Statistically Speaking, His Administration Was The Most Corrupt Ever

If we’re talking pure numbers, there really isn’t anything to argue about when it comes to which administration oversaw this country in the shadiest manner. Reagan wins that hands down. During his time in office, an astounding 138 members of his team were investigated, indicted, or convicted for their roles in various scandals. You could argue that merely being investigated shouldn’t count, but that would be a stupid argument. Of course being investigated counts. Plenty of people live their entire lives without being the subject of an investigation of any sort, you know?

Even if you did take that part out of the equation, the number of Reagan administration officials who were convicted of wrongdoing of some sort is astonishing, especially when compared with the statistics of famously “corrupt” presidents like Nixon or Clinton. This list on DailyKos.com just references those who were convicted of crimes that related to the jobs they performed as part of the administration. There are 21 names on the list. A similar list about the Nixon presidency would only produce eight names. Clinton’s would have just one.

It’s not just that a lot of scandals plagued the Reagan presidency; it’s that they were gigantic scandals. Remember the Iran-Contra affair? If so, it’s probably just the part where Oliver North’s testimony somehow made him a celebrity. 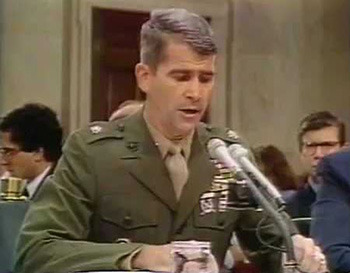 My mom fucking loved this dude.

The details of the controversy were slightly less charming. Basically, senior Reagan administration officials agreed to sell arms to Iran in exchange for the release of American hostages being held in Lebanon. So much for not negotiating with terrorists, am I right, Reagan fanboys? Oh, they also used some of the profits from those arms deals to fund Contra forces in Nicaragua, who were hoping to topple the socialist government in that country. 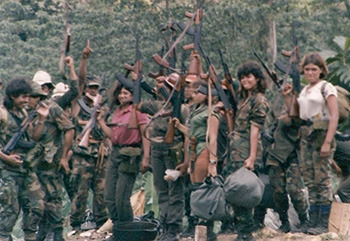 There were two huge problems with this scheme. For one, we had an arms embargo in place with Iran, meaning those sales were illegal. For two, Congress had recently passed the Boland Amendment, which prohibited the use of government money to fund the Contras. In other words, it was a huge deal, what with all of the circumventing of the law and whatnot. The jury is still out on whether Reagan had direct knowledge of the scheme, but it’s almost worse if he didn’t. Keep your subordinates in order, for fuck’s sake. And this was just one of the massive scandals that happened on his watch. Another highlight was the Savings and Loan Scandal, which bled taxpayers of around $150 billion.

Also, not to point fingers or anything, but the first Space Shuttle explosion happened while he was in office. I mean, sure, it’s probably a bit of a stretch to pin that on him, but still, it happened. Besides, it’s not just scandals that made Reagan impressively terrible for the country. His policies were garbage, too! For example …

#5. “Reaganomics” Are Still Screwing Us

A lot of different names have been assigned to the fiscal policy that Ronald Reagan unleashed on the world. During the 1980 Republican Primaries, George H.W. Bush called it “Voodoo Economics.” As awesome as that sounds, it wasn’t a compliment. The most textbook-sounding name for it is “Supply-Side Economics.” But the most commonly used label is “Reaganomics.” Whatever you call it, the basic thinking is that wealthy people are job creators, and the best way to boost a sluggish economy is to cut taxes on those job creators so they can, you know, create more jobs. In other words, the good fortune of the nation’s richest citizens would eventually trickle down to the less well-off parts of society.

Did it work? That depends on whom you ask. If you were rich at the time, it absolutely worked. Stock markets were booming, corporations were raking in windfall profits, people were doing lots of coke … 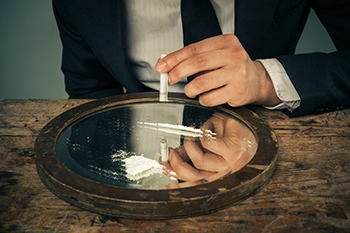 Still a better investment than a DeLorean.

… it was a great time to be alive and extremely wealthy.

Unfortunately, all that wealth never trickled down the way it was supposed to. Wages for lower- and middle-class Americans didn’t rise much at all, and they haven’t since. Income inequality became significantly worse during the Reaganomics years, at least partly leading to the “one percent” situation we find ourselves in now. What it amounted to was a massive transfer of wealth from one segment of society to another. I think there’s a name for that kind of thing, but it’s escaping me at the moment. 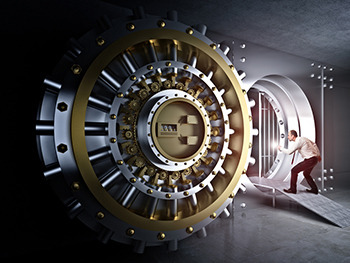 Also, despite enacting a fiscal policy that relied on reduced government spending to succeed, the Reagan administration spent its way to an insane $2.7 trillion debt, thanks in large part to defense spending meant to combat communism — as if simply putting Rocky Balboa on the case wasn’t more than sufficient.

We’ll talk more about Russia in a bit. But first, let’s look at another factor that played into average Americans not prospering in the slightest under Reagan.

#4. His Stance On Labor Unions Destroyed The Middle Class

You know what used to be the shit? Going on strike. For decades, the American workers’ go-to method of ensuring they were taken care of on the job was choosing not to work until their demands were met. Using the ever-present threat of mass work stoppages as leverage, union leaders were able to negotiate on the behalf of workers to make sure their wages and benefits improved as long as productivity and profits increased.

For the most part, this practice came to a screeching halt in the ’80s under Reagan, which is the exact opposite of what he promised would happen when he was running for president. Sure, he was a former actor, but he was also president of the Screen Actors Guild for a while. Even better, he was the first person in that role to lead his troops into a strike. However, the fact that he eventually settled that strike in a way which was so beneficial to the other side that fellow actors like Bob Hope and Mickey Rooney labeled it “The Great Giveaway” was mostly left out of that discussion. 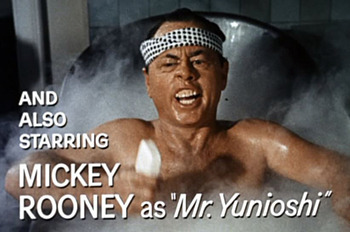 Ironically enough, one of the unions that threw their support behind the Reagan campaign was the Professional Air Traffic Controllers Organization, more leisurely known as PATCO. I say that’s ironic because it was our then-president’s involvement in a PATCO labor dispute that effectively served as the death knell for unions in this country.

In an effort to improve their working conditions, nearly 13,000 government-employed air traffic controllers walked off the job. It was a huge risk, on account of how, as federal employees, the law forbid them from participating in a strike of any kind. No worries, it’s not like any president in his right mind would risk the negative press that would come with firing thousands of Americans who simply wanted a little less stress at work. In theory, Nixon could’ve done exactly that when 200,000 postal workers went on strike in 1970, but even he wasn’t that crazy. “Send in the National Guard to deliver mail for a few weeks instead” crazy, sure, but not “mass fire thousands of Americans” crazy.

And besides, Reagan was a pro-union president whom PATCO helped usher into office. He would have their back, right? Nah. On August 5, 1981, Ronald Reagan fired everyone who refused to return to work … 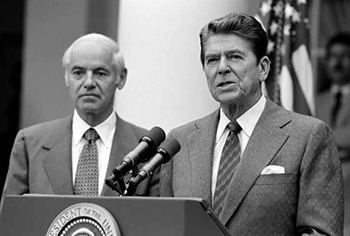 On live television, no less.

… which was more than 11,000 people. His justification for the controversial move, along with the law forbidding government workers from striking, was that the walk-off constituted a “peril to national safety,” as if having to find and train thousands of new air traffic controllers overnight wasn’t going to cause any problems. It definitely did. While the feds were able to get around 50 percent of scheduled flights back in the sky in relatively short order, it took a full decade before federal air traffic controllers reached the training and staffing levels they’d been at prior to the dispute.

Before Reagan intervened in the PATCO dispute, using replacement workers to end a strike was severely frowned upon. It was made technically legal way back in 1938, but it was also seen as a thuggish way to undermine one of the American worker’s best and only means to fight back against shitty work conditions. Once the president says it’s cool, though, all bets are off. Private employers absolutely took this as a sign that they were free to use replacement workers in the event of a strike. 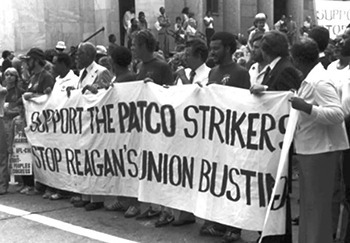 In other words, the thing requested on this sign never happened.

As mentioned before, without the nuclear option of a strike at their disposal, unions become way less effective. At the height of their powers in this country, nearly 40 percent of workers in the private sector were unionized. It’s somewhere around seven percent today. If you’ve ever wondered why wages just stopped increasing at some point in the last few decades in this country, the destruction of unions is your answer. Productivity increases, profits go up, worker pay at the lowest levels stays the same. It’s the opposite of how the “American Dream” is supposed to work, and people treat Reagan like a hero for making it all possible.