The official food of the Western world is two burgers stuffed inside a third, larger burger. We could all stand to eat a little bit healthier, so it’s a good thing there’s an entire thriving health food industry to help us do so. Less thankfully, the primary ingredient in most of these superfoods is 100 percent organic, free-range horseshit.

Since 1990, the FDA mandates that all packaged food in the U.S. must feature nutrition labels. We still eat like crap, but at least we know where, or what, that crap comes from. Well, we think we do, at any rate. See, the FDA knows that no two cookies are exactly the same. That means the nutrient content can slightly vary even between two packages of the same product. So naturally, they allow nutrition labels a small margin of error to account for these differences. These “small” margins? They can be up to 20 percent. 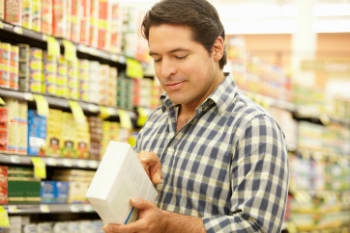 Although this doesn’t automatically mean everything you eat has 20 percent more calories than it says on the packaging, we have an inkling which side most companies err on. If these lax standards bother you, perhaps you’ll be comforted by the fact that it doesn’t matter. There’s no process in place for regularly auditing food nutrition labels, so it could all easily be lies.

Yes, using the honor system to police an industry that has repeatedly shown a serious deficit on the honesty front has gone roughly as well as you’d assume. In 2008, the Government Accountability Office researched how often manufacturers’ vitamin and mineral claims fell within the FDA’s 20 percent rule. Of the 300 products tested, 47 percent were outside of the accepted range for vitamin A, 31 percent were outside of the accepted range for iron, and 12 percent were outside of the accepted range for vitamin C. The FDA allowed five different methods to determine a food product’s calories, all of which yielded wildly different results. If you ran one of the shadier health food companies and were about to launch a new product, wouldn’t you use whichever method looked best on paper, regardless of accuracy? Of course not, because you have integrity. Which is why you don’t run a shady health food company. 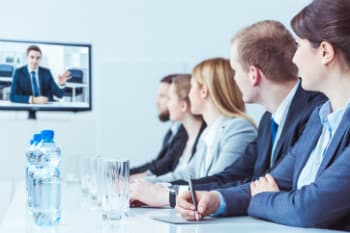 KatarzynaBialasiewicz/iStock
“So after we started writing ‘Contains 1 Billion % Daily Vitamins A-Z’ on everything,
that’s when we really started seeing returns.”

There’s Nothing Wrong With Egg Yolks

Eggs are great, but be sure to only eat the whites, because that ugly yellow blob in the middle is teeming with cholesterol. And you don’t want high cholesterol, do you? After all, you are what you eat (in your case, mostly bacon grease and your own words). 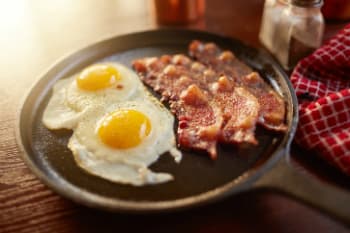 Ah, but the most recent evidence indicates that although egg yolk does contain most of an egg’s cholesterol, foods high in dietary cholesterol have little to no effect on your blood cholesterol. This means that egg yolks do not actually increase your risk of heart disease. The yolks are in fact the healthiest part of the egg. They have more of the good stuff — phosphorus, calcium, zinc, folate, and B12 vitamins — along with things that the white doesn’t have at all, such as vitamins A, D, E, and K. Of course, this isn’t to say the white is bad. It’s just a little bland and a lot overrated. It’s the Top 40 of the egg world.

Back in the 1970s, when studies first started to suggest that high-fat foods led to obesity, sales of whole milk plummeted. Skim milk was the new hot ticket, and has seen its sales rise a whopping 156 percent between 1975 and 2014. Whole milk was even outright banned from American school lunch programs. 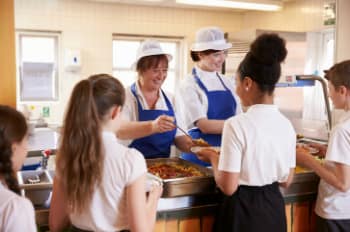 But it turns out real milk has curves. There’s an increasing amount of evidence showing that high-fat dairy may lower your risk of obesity and diabetes (aka Americancer). Science isn’t sure what gives whole fat dairy its protective qualities. One theory is that it acts to suppress our hunger (so you don’t feel the need for those extra Oreos). Another is that the fats in the dairy interact directly with our cells, massaging our livers and muscles into breaking down sugar from food more efficiently. Anyway, here’s hoping that one day Science finds out that bacon protects you from cancer.

Coconut Oil Isn’t Good For You

Not only can coconut oil replace evil cooking fats like butter and olive oil, but you can also use it as coffee creamer, cram it in fruit juice to make a sports drink, or huck it in a smoothie to add vital nutrients. Why, some health professionals claim it can cure relatively benign ailments like urinary tract infections, kidney infections, and arthritis, while others say it combats Alzheimer’s, colon cancer, and even HIV.

This, of course, is bullshit. 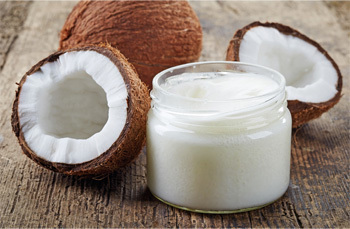 Coconut oil is 90 percent saturated fat, which is a way higher percentage than other conventional cooking fats like butter and lard (which have “only” about 64 percent and 40 percent saturated fat, respectfully). Coconut oil also has a different chemical structure from other fats, which means the body may absorb it differently. Some studies say it raises “good” cholesterol, which is good, but at the same time it also raises “bad” cholesterol, which is … bad. Long story short: If you’re lactose intolerant or stuck on a desert island, go ahead and use coconut oil like a dairy product — but don’t think it’s going to save your life. Unless you use it to power a radio and call for rescue … but no, that only works on TV. Probably.

“Immune Boosters” Do Nothing

The idea behind immune boosters is that the right combination of vitamins and minerals can prevent you from getting sick, sort of like a magic potion. But the only thing they’re boosting is the money out of your wallet. We do have a pretty great system of medications to prevent you from getting sick. They’re called vaccines, and despite what half the internet thinks, they definitely work. If hot lemon water with wheatgrass juice truly helped, pharmaceutical companies would own a patent on it and you’d need a doctor’s permission to boil your lawn. 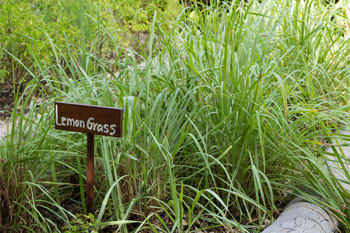 That doesn’t stop Jamba Juice from selling an addition to their smoothies called a Probiotic Boost, which somehow makes your 430-calorie smoothie with 77 grams of sugar healthy. Now, there is some evidence that a deficiency of zinc, Vitamin C, and other micro-nutrients may alter an immune system’s response, but it’s as minuscule as it is unproven. 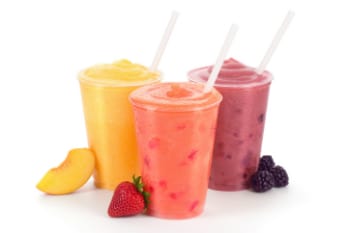 At least Jamba Juice is delicious, unlike Airborne. That “medication’s” popularity soared about a decade ago, when a second-grade teacher cured all the world’s ills and created a product that prevented people from ever getting sick again. Of course, all she really created was a subpar fizzy soda, and the company was faced with a $23.3 million class-action lawsuit for false advertising. And yet that doesn’t prevent Airborne from still advertising their products as immune boosters, because their legal fees are smaller than their profit margins.

Kombucha Isn’t Healthy; It’s Nothing But A Mild (Gross) Buzz

Kombucha is the beverage they serve in Hell’s cafeteria. It’s a fermented tea that tastes like ass, but supposedly cures cancer and give you superpowers. Unsurprisingly, it does none of these things except for the ass part. It also has the potential added bonus of dizziness, nausea, vomiting, headaches, shortness of breath, abdominal pain, severely low blood pressure, and death. 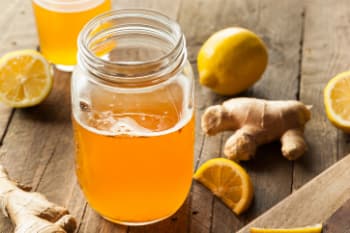 So why does it make you feel good after drinking it? One theory: The University of Maine collected samples from several brands of kombucha, and found that they had between 0.5-2.5 percent alcohol by volume. Lower than beer, but sold to minors, and juuuust enough for a little pick-me-up after yoga class. You want to chase that feeling, chug a Pabst. Nobody’s saying it tastes great, but it’s better than withered-ballsack tea.

Alyssa Feller will never lie to you. Follow her on Twitter to see for yourself. Check out Patrick Coyne’s blog, because why not?

For more B.S. that’s being spoon fed to us, check out 5 Well-Known Tips For Healthy Eating (That Don’t Work) and 5 Supposedly Healthy Things That Are Good For (Killing) You.

Subscribe to our YouTube channel, and check out The 7 Most Blatant Lies Famous Brands Based Entire Ads On, and other videos you won’t see on the site!