I’ve got a better, more universal list of things, which I can’t say apply to ALL women (because nothing does), but definitely apply to an overwhelming majority — whether they’re into men or women, rich or poor, fat or thin, or just coldly staring into the depths of infinite space, quietly contemplating the universe’s inevitable death.

#5. Women Want To Be Believed About Medical Problems

Imagine there was a disorder that made uterine tissue start growing outside the uterus and out of control, which caused crippling pain during periods, sometimes during sex, causing infertility almost half the time and sometimes leading to cancer. Imagine it was so painful that in many cases, you couldn’t even get out of bed one or more days a month. Then imagine going to the doctor and getting a winky “Oh, that time of month can be tough!” and a suggestion to try Midol. Imagine going to a bunch of doctors and getting the same thing. 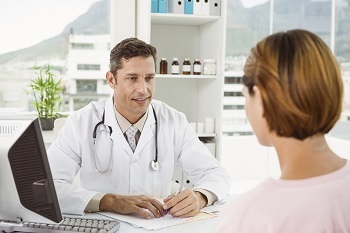 “Bad period, eh? The person I really feel sorry for is your husband! Am I right?”

Imagine no longer! It is real and it is called endometriosis, and it affects up to one in 10 women and often gets written off as “some woman being a drama queen about regular old cramps.” This attitude is so bad that it takes eight to 12 years on average from getting endometriosis to getting it diagnosed.

This isn’t limited to “women’s health” conditions, either. People (men and women) are conditioned to think of women as worrywarts and hypochondriacs, making a big deal about every little cough, so that women have to complain twice as much about something to be taken half as seriously. It’s almost as if they asked you, “On a scale of one to 10, how much does it hurt?” and if you say “eight,” they’ll privately go, “That’s probably a four on the woman scale.” 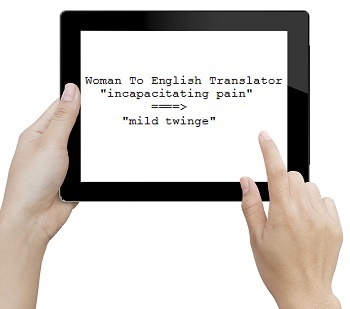 This exact thing happened to my mom, who went into the doctor with abdominal pain and was told to rest and sent home repeatedly. When it got so bad that she couldn’t take it anymore, she went back in to the doctor, who grudgingly ordered an ultrasound. The technician took one look and said, “Holy crap,” and got her into surgery immediately to remove a gallbladder that was about to rupture. Later, the doctor told my mom that he didn’t realize how bad it was, and that she “should have complained more”.

Let me be clear: When I say “Believe women,” I don’t mean let them override medical expertise and self-diagnose their condition from WebMD. I mean believe their reported symptoms. If they say “unbearable pain,” take it as “unbearable pain” instead of trying to translate it from “woman-ese” into “mild pain I am making a big deal about.”

#4. Women Want To Be Believed About Harassment

Harassment. It’s a funny word if you look at it long enough, maybe because it has the word “ass” in the middle of it. But it’s not a funny subject. 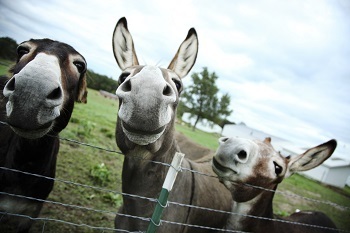 A huge majority of women report experiencing at least some harassment on the internet — sometimes for stating controversial opinions or promoting a cause, and sometimes just for existing and having a social media account. I’m not even going to go into what to do about this, but just marvel at how hard it is to convince many people that this even happens.

When a woman reports harassment, responses appear as surely as the Sun rises accusing the woman of lying that the harassment is happening at all, or exaggerating greatly. Not just from the harassers, but often from complete strangers who consider themselves impeccable “neutral observers” solely because they don’t personally know the harassers. 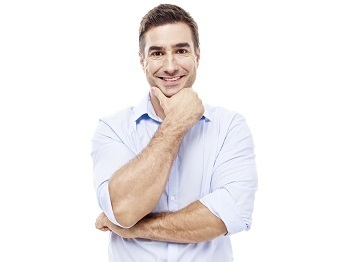 “My interest in your harassment is purely scientific.”

“I don’t know you, so I don’t have any reason to be biased,” they will say, “but you are making a big deal about nothing. Everybody gets harassed on the internet. I get harassed all the time, and I don’t cry about it.”

This assumes everyone has the same thing in mind when they use the word “harassment.” Take a look at this Pew survey which asked respondents about their experience of harassment and broke it down into specific categories. 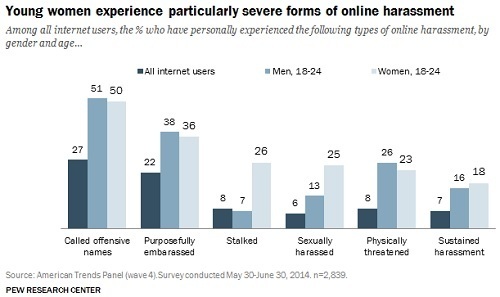 The largest categories were “called offensive names” and “purposefully embarrassed,” and there, young men and young women were close to even, with young men having a slight edge. But the “stalked” and “sexually harassed” categories were overwhelmingly dominated by females.

I feel like the “physical violence” category only doesn’t follow this pattern because it’s too broad, but that’s covered by a separate study by Norton, which found that “women received twice as many death threats and threats of sexual violence as men.”

So a lot of people who genuinely believe they too “get harassed all the time” are actually imagining that the woman has been experiencing what they’ve previously experienced — name-calling and embarrassment — whereas the woman is looking at death threats, rape threats, “I know where you live,” and “Hey everybody on the internet, here’s where she lives”.

(This dude has a really interesting post about how a weird misogyny is even involved in dudes harassing other dudes.) 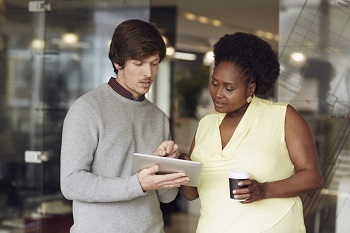 “No, YOU don’t understand what I’VE been through. This guy said I live in my mom’s basement!”

A lot of these people don’t even look for examples (Twitter mentions, blog comments), because they think they already know what they’ll find. Even if they do dig, some of these things are so bad (especially doxxing) that the victim, or a responsible site admin, would take them down as soon as they were reported — or the guilty party would take them down before they got caught. So by the time a person goes to look at the “evidence,” it is gone, and all that remains is a string of tame “Your opinion is bad, dummy!” comments which seem to confirm to the outside observer that the victim is getting irrationally worked up over some minor negativity.

When we say “Believe women” on harassment, we are not demanding that you take a woman’s side on whatever issue started the harassment — a political statement, lover’s quarrel, whatever. Many, many women would consider it amazing progress to just hear “Yes, the death threats are real” (without a following “but”). That’s all, man. If we can ever get there, we can talk about the rest.

#3. Women Want To Be Believed About Rape And Sexual Assault

“Believe rape victims” is a fraught phrase, but what I mean is that when a woman first claims she has been raped, we should give her the same credibility as a typical car theft victim.

When someone says their car has been stolen, few people respond, “Alright, I want to believe you, but let’s wait for all the facts first,” or “Let’s hear the car thief’s side of the story.” You usually go, “Oh shit. Are you okay? Do you need a ride?” Or if you just read about it in the news, maybe: “How awful! Crime is sure getting out of control in this country!” If it comes out in the news that someone lied about a car theft, you go, “What a weird twist!” and not, “You can’t trust car theft victims! I am going to ask some hard questions next time!” 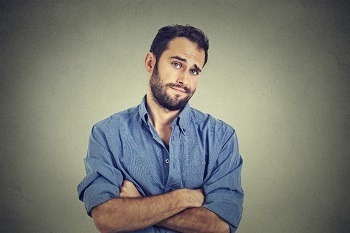 “Are you sure you didn’t just let him borrow the car and change your mind?”

Is this increased suspicion needed because people alleging rape are more likely to be lying than people alleging other crimes? This seems improbable. False claims are estimated to make up anywhere from 2 to 8 percent of rape reports, while 10 percent of car theft reports are false (see previous link). Also, 10 percent of insurance claims are fraudulent. I wanted to find stats on false reports of more crimes, but even a Google search like “false burglary reports percent” returns results about false rape accusations, because apparently nobody gives a rat’s ass about falsely-reported crimes if they are not rape. 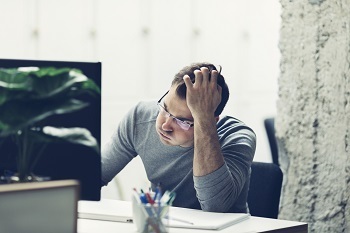 “I am not going to rest until I publicly shame these people tying up the 911 system with prank calls!”

To make things worse, a lot of rape victims don’t “act like rape victims.” In one notorious case, an 18-year-old woman named Marie reported being raped by an intruder, and was disbelieved by the police and even her closest friends because of her odd behavior. She reported the rape with no emotion (Shouldn’t she be hysterical?), she immediately called all her friends and talked about it (Shouldn’t she hate reliving it?), she giggled and flirted the day after (Shouldn’t she be traumatized?), and did many other “non-victimy” things. Marie ended up being publicly shamed in front of her counseling group for teens transitioning out of foster care, and prosecuted for false reporting, which she confessed to. Two years later, police in another state caught a serial rapist with photos of five rapes on his camera, including a picture of Marie, gagged and bound, with her driver’s license on her chest. Oops!

As if rape wasn’t bad enough in itself, brain science has recently discovered that trauma can have the perverse effect of making you behave in such a way that people won’t believe you about it.

The near-impossible demands on rape victims lead to ridiculous situations like the Bill Cosby case. Cosby stands accused of sexually assaulting about 60 women at this point, some of whom attempted to press charges solo at various times in the past, but were dismissed and paid little attention to until Hannibal Buress, a male comedian, brought it up years later. His video clip became viral, “Bill Cosby and rape” became a hot topic, and when it became clear that people were taking it seriously, many former victims stood up and shared their stories. Only after the count had reached about 40 accusers did many people in the “This is just some greedy women” camp start to come around to thinking “There might be something to this.” Which is great, but shows you how massive the credibility gap can be: It takes 40 women’s statements to carry the same weight as one man’s word. 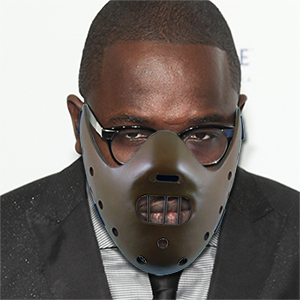 I don’t care if he eats people. What he did there was a good thing.

And don’t forget the overwhelming support for Roman Polanski by Hollywood celebrities, despite the fact he is still wanted in the U.S. for raping a 13-year-old girl. Over 100 Hollywood people signed a petition in support of him, including Martin Scorsese, Terry Gilliam, Tilda Swinton, and other people you may have less respect for now.

I just feel like unless you are a cop or a prosecutor or a claims adjuster, it shouldn’t really be our main job to catch the few liars in a vast ocean of genuine victims. Or alternatively, we should be consistent and also grill everyone who claims to have been in a car accident.