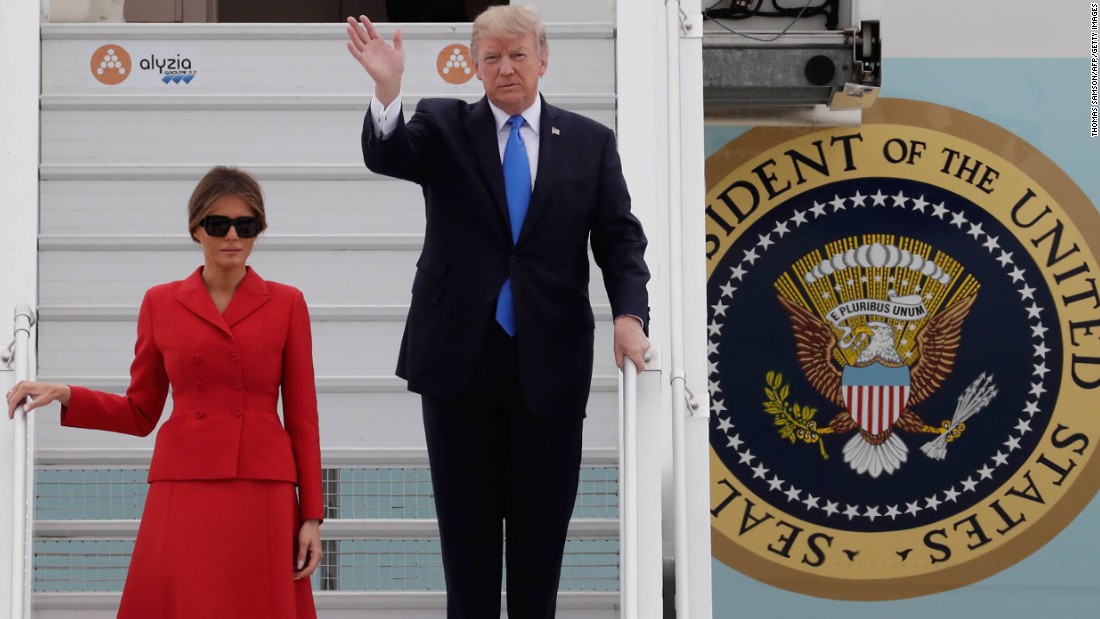 (CNN)NASA just released photos of Jupiter — and its famous Great Red Spot storm — that are clearer and closer than ever before. Here’s what else you need to know to Get Up to Speed and Out the Door. (You can also get “5 Things You Need to Know Today” delivered to your inbox daily. Sign up here.)

The President may be in Paris — he and the first lady are there for Bastille Day celebrations — but that Russia-related cloud still hangs over him. Shock waves over Donald Trump Jr.’s emails and 2016 meeting with a Russian lawyer are still reverberating through DC. Democrats can’t stop talking about it (one has even filed an impeachment bill); Republicans would rather talk about something — anything — else.
Before he left, the President told Pat Robertson on the Christian Broadcasting Network that Russian President Vladimir Putin actually wanted Hillary Clinton to win last year’s election.
Back in Paris, Trump and French President Emmanuel Macron will talk about security and fighting terrorism before taking questions from reporters and dining with theirwives at the Eiffel Tower. The relationship between Macron and Trump will be interesting to watch, since many think Macron will be Europe’s main point of contact with the unorthodox American president. 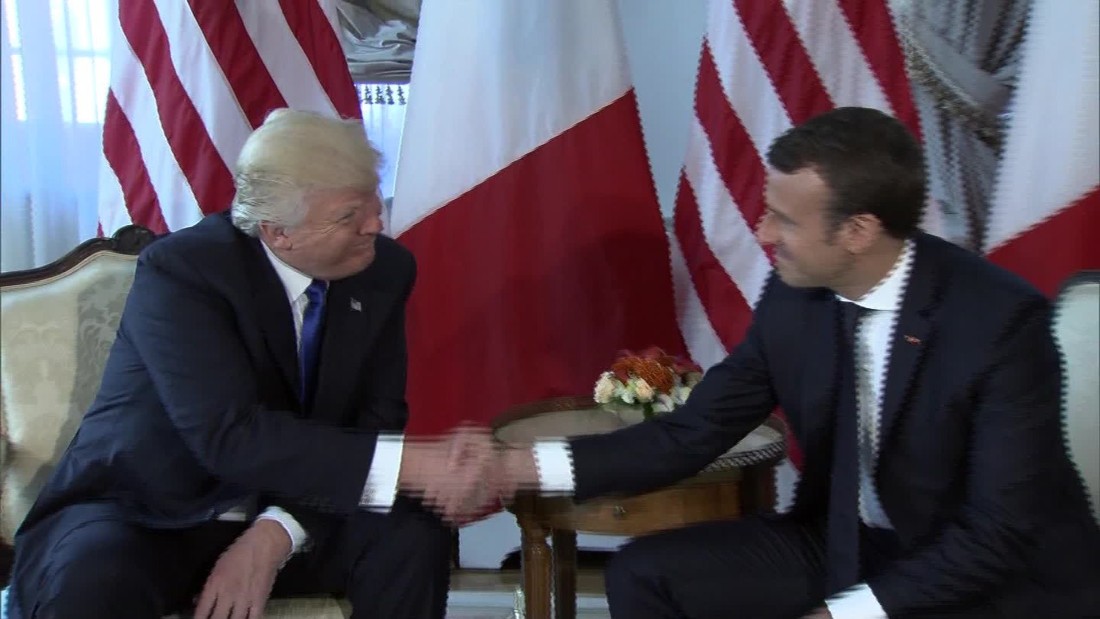 With all of the Russia-related stuff swirling around DC, the confirmation hearing for Chris Wray, President Trump’s pick for FBI director, was almost overlooked. Wray said he’d be independent, would run the agency without outside influence, and would rather resign than comply with an order he felt was illegal or immoral. He said no one in the Trump administration had asked him for a loyalty pledge (like ex-director James Comey alleged) and that he didn’t think the Russia investigation was a witch hunt. Wray’s remarks got a thumbs-up from at least one Democrat: Sen. Dianne Feinstein said she’ll vote to confirm. 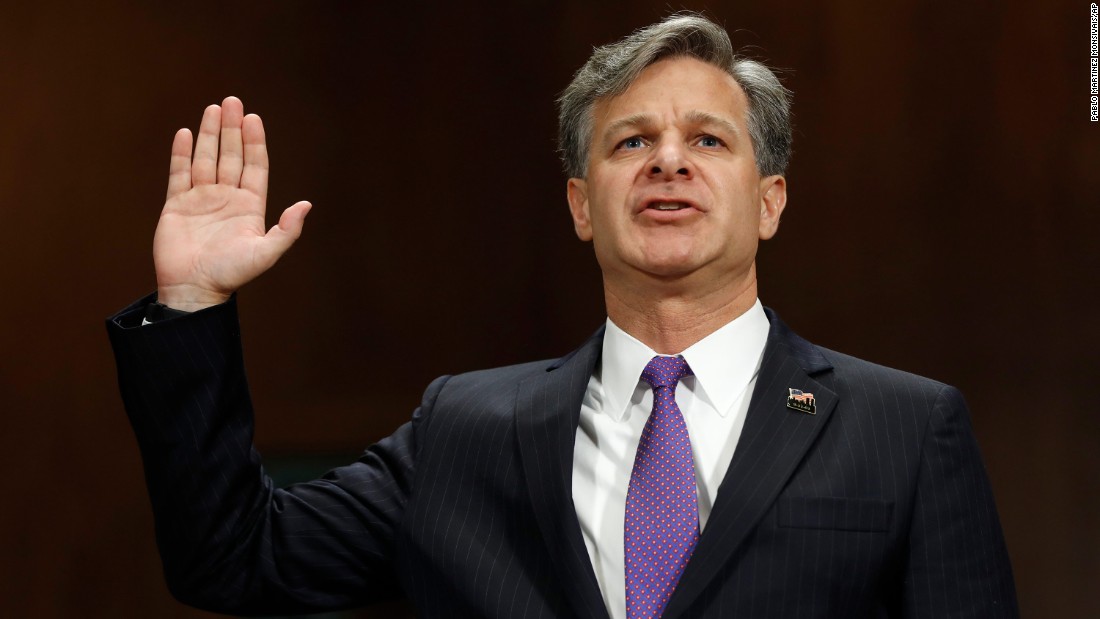 The body of one of four missing men in Pennsylvania has been found. Nineteen-year-old Dean Finocchiaro’s body was found in a 12-foot-deep grave on a 90-acre property north of Philadelphia. Other human remains were found in the grave, but they haven’t been ID’d yet. “This is a homicide, make no mistake about it,” the district attorney said. The 20-year-old son of the property’s owners was arrested on suspicion of stealing and trying to sell a car owned by one of the missing men. The car was found on the property. 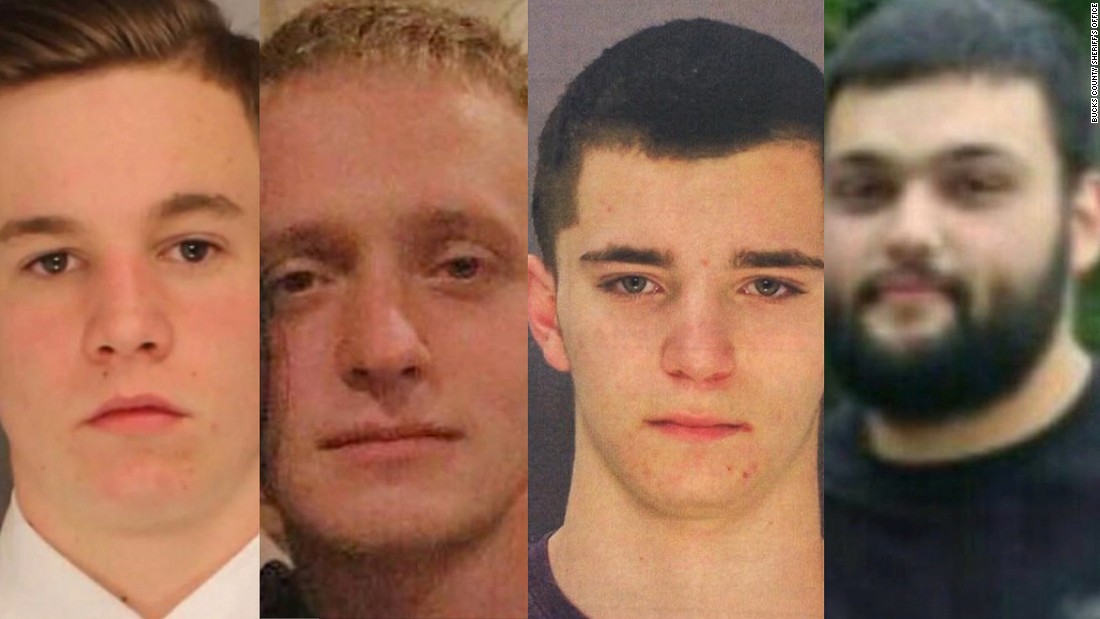 China is spreading its wings militarily, setting up its first overseas military base in Djibouti. Two Chinese warships and an undisclosed number of troops are headed to theAfrican country. State-run media says the base will be used to support the country’s warships as they conduct anti-piracy and humanitarian operations and is “not about seeking to control the world.” Good to know.
So why do the Chinese want to be there? The country, in the Horn of Africa, is strategic because it sits on theBab el-Mandeb Strait, which connects the Mediterranean Sea (via the Suez Canal and the Red Sea) to the Indian Ocean. That’s why everybody else wants to be there, too: the US, France and Japan have bases there, as well. Some 1 million Chinese nationals live in Africa. 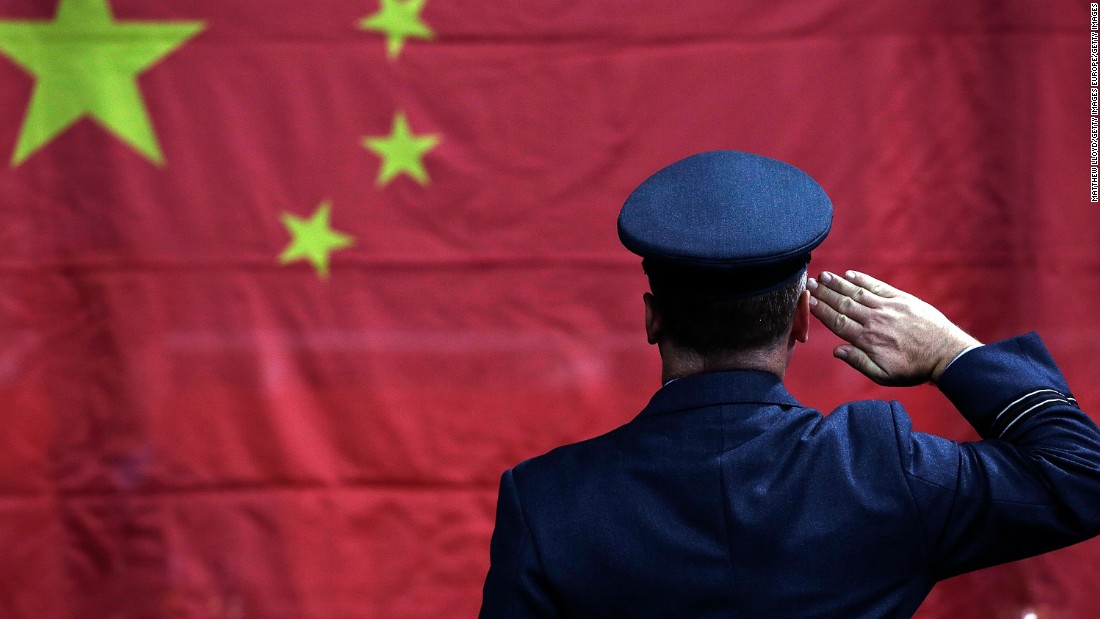 How big is China’s military?

Within 20 years, almost 200 coastal American cities may be unlivable because of constant flooding brought on by rising sea levels. The grim outlook, based on a study from the Union of Concerned Scientists, said major US cities like New York, San Francisco, Miami and New Orleans, along with smaller coastal towns, may be subjected to flooding so chronic and widespread over the coming decades that people will have to move. By the end of the century, the study predicts the number of coastal cities deemed uninhabitable by flooding will increase to almost 500. 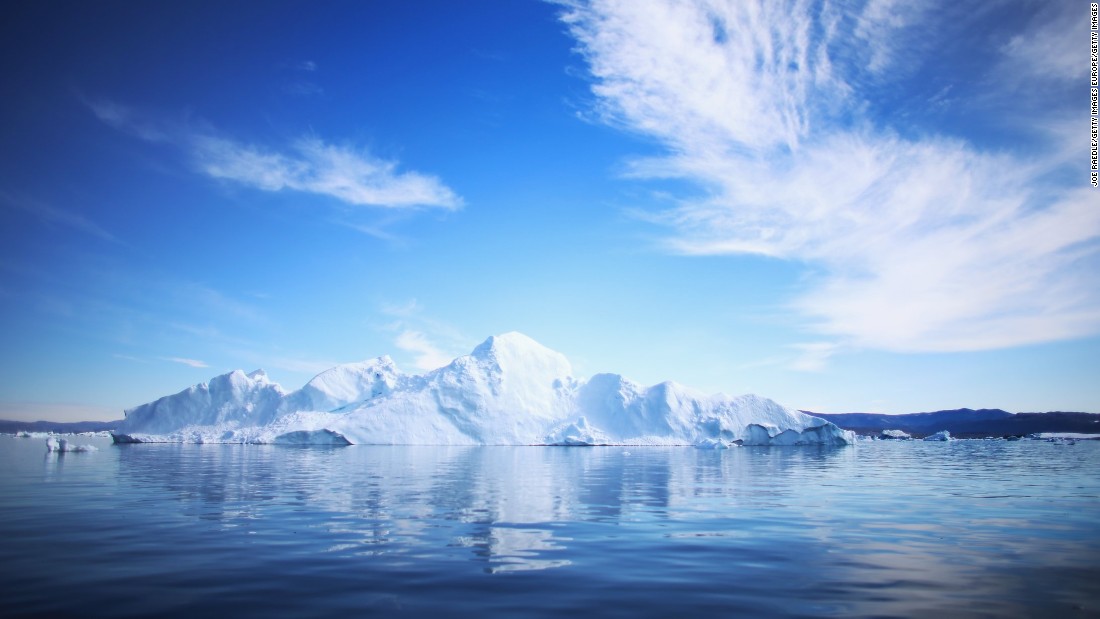 1 trillion
The weight, in tons, of the section of an iceberg that has broken away from western Antarctica. Scientists are still trying to figure out if climate change played a role in speeding up the rift. 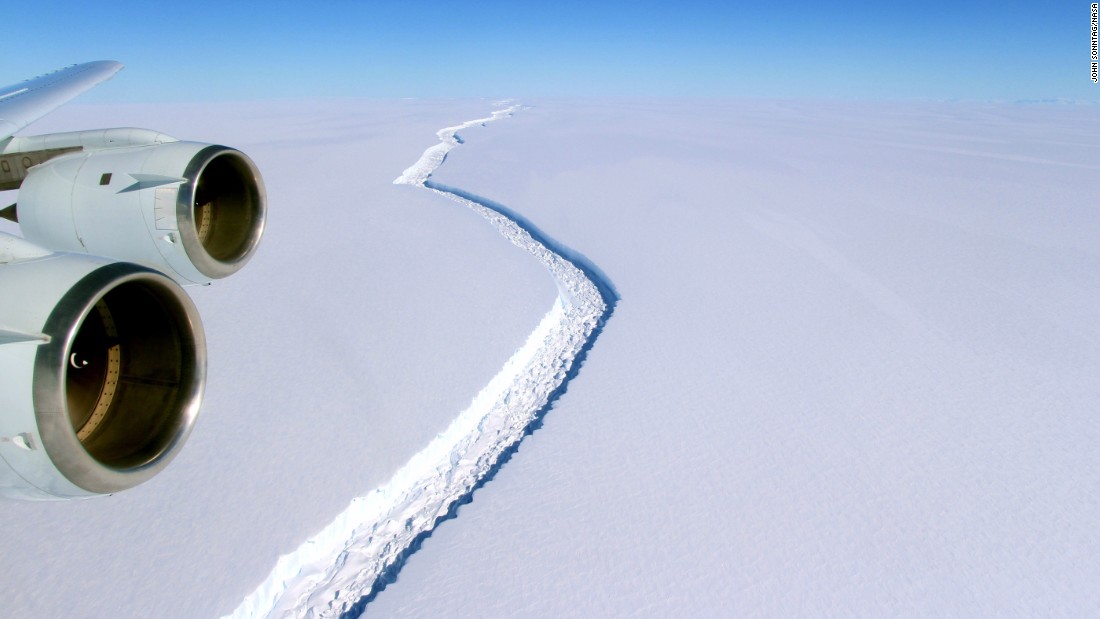 People are talking about these. Read up. Join in.
Self-care support
She took a couple of days off for her mental health; her boss’ reaction surprised everybody.
Yearning to breathe free
Phone are ringing in booths in Times Square, and they’re spreading the stories of immigrants.
The unknown soldier
He stood at attention — in the rain, along the highway — as a funeral procession passed, and this unidentified soldier won the internet’s heart. 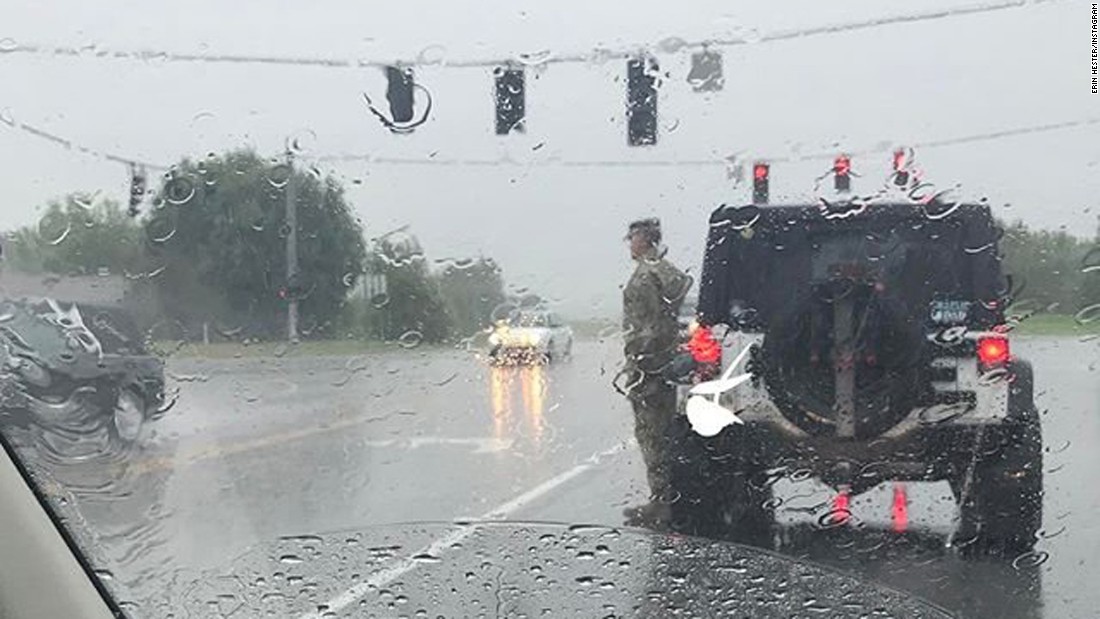 Who’s that lady?
They don’t know who she is, but 25 California firefighters (battling wildfires) would like to thank her. She picked up the check for their meal at Denny’s.
Brownnosing
Apparently, snortable chocolate powder is something you can buy now, and we don’t know what to make of the world anymore.

TV honors
Emmy nominations come out later this morning, and America’s favorite weekly cryfest — “This Is Us” — should do well.
Still unsure
We may get our first look at what the GOP’s latest health care bill looks like when Republican senators huddle this morning to discuss it.
Parents’ plea
The parents of baby Charlie Gard return today to Britain’s High Court as they continue their fight to keep him on life support so they can take him to the United States for experimental treatment for a rare genetic disorder. 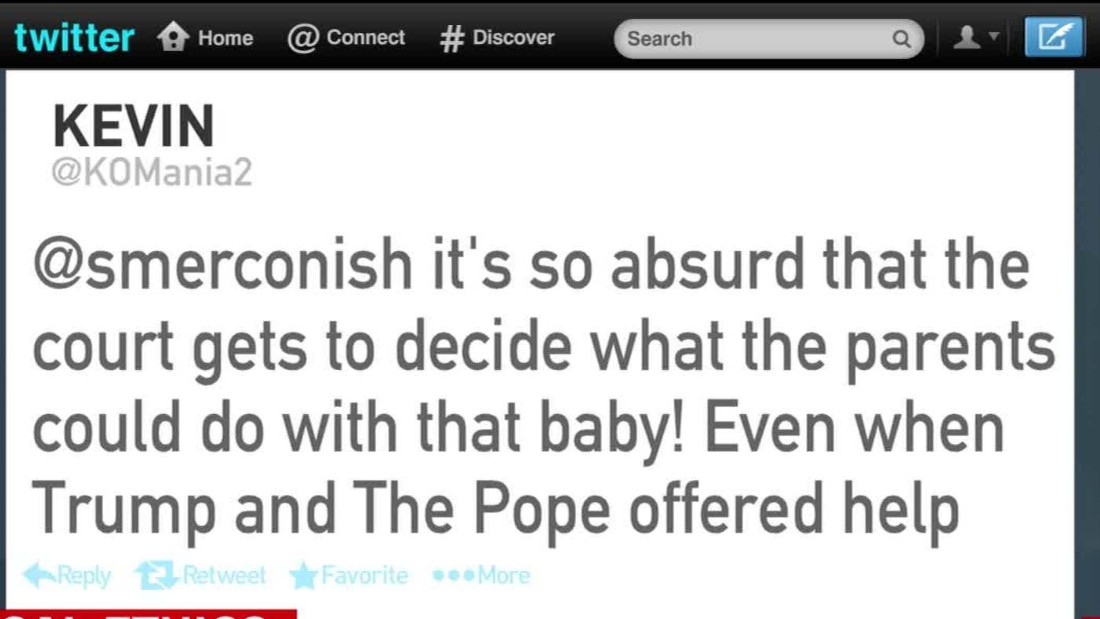 The legal battle over Charlie Gard

#TBT
If you were watching the news in 1995, you might have been inundated with all-day coverage of the O.J. Simpson murder trial. CNN’s new podcast, “The Rewind: ’90s Edition” reminds us why we were so obsessed with this story.

So sleepy
Cuteness alert!: Riley the bulldog snores herself right off the couch. (Click to view)