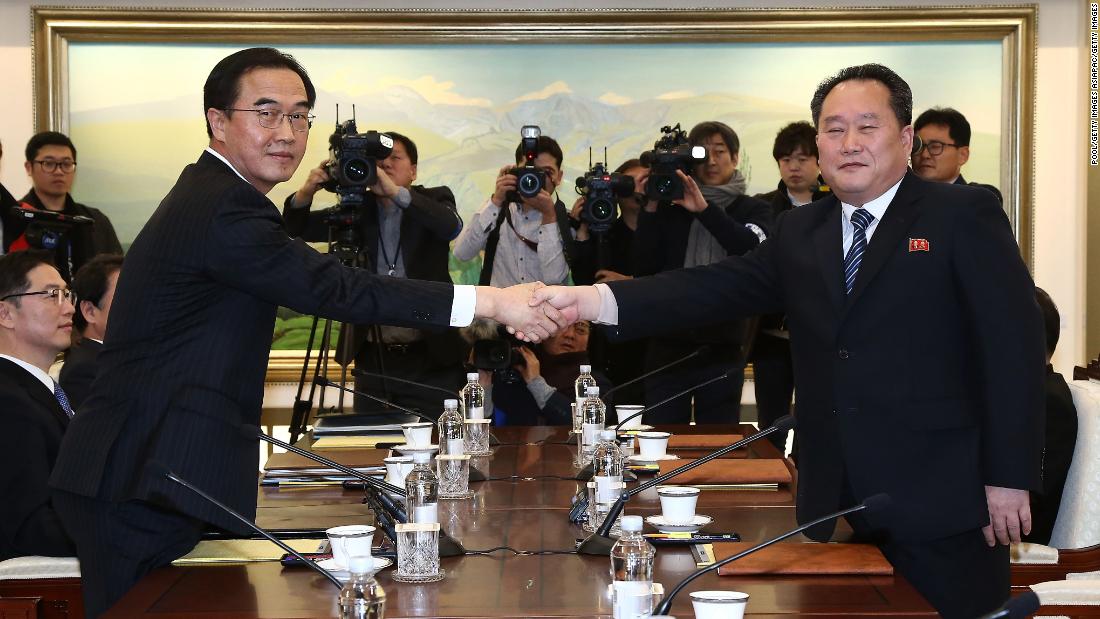 (CNN)Royals update! Princess Charlotte started nursery school, making for the most adorable pictures. Here’s what else you need to know to Get Up to Speed and Out the Door. (You can also get “5 Things You Need to Know Today” delivered to your inbox daily. Sign up here.)

North Korea’s going to send athletes to the Winter Olympics. That’s the first breakthrough to come out of the high-level talks (the first in two years) taking place between the North and the South. And the North is sending more than just athletes to next month’s Games in Pyeongchang. The regime is also sending a cheering squad, an art troupe, a visitors’ group, a Taekwondo demonstration team and a press corps. The two countries also discussed family reunifications and having military talks to prevent accidental conflicts. 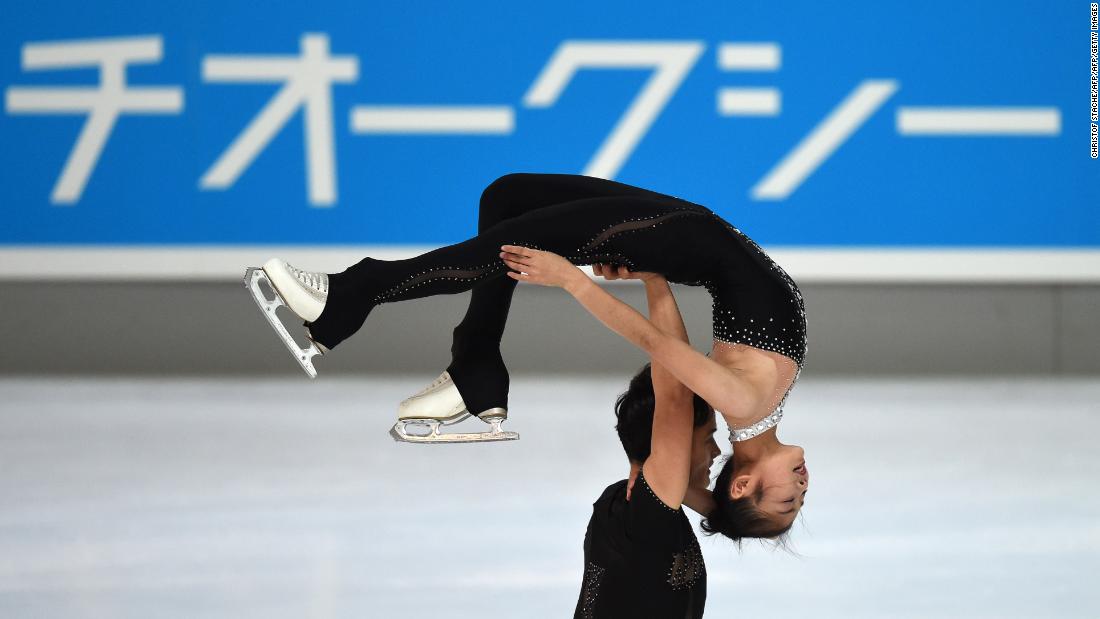 Lawyers for President Donald Trump are anticipating a request for the President to talk to special counsel Robert Mueller and are discussing how to define the parameters of any interview, according to sources with knowledge of the matter. The President’s legal team has been preparing for the expected request for months. Trump’s lawyers have said they are hoping for the investigation to wrap up quickly. It is unusual for a sitting president to speak directly to a special counsel or independent prosecutor who is leading an investigation. Previous presidents have sat down for a deposition in a civil suit. 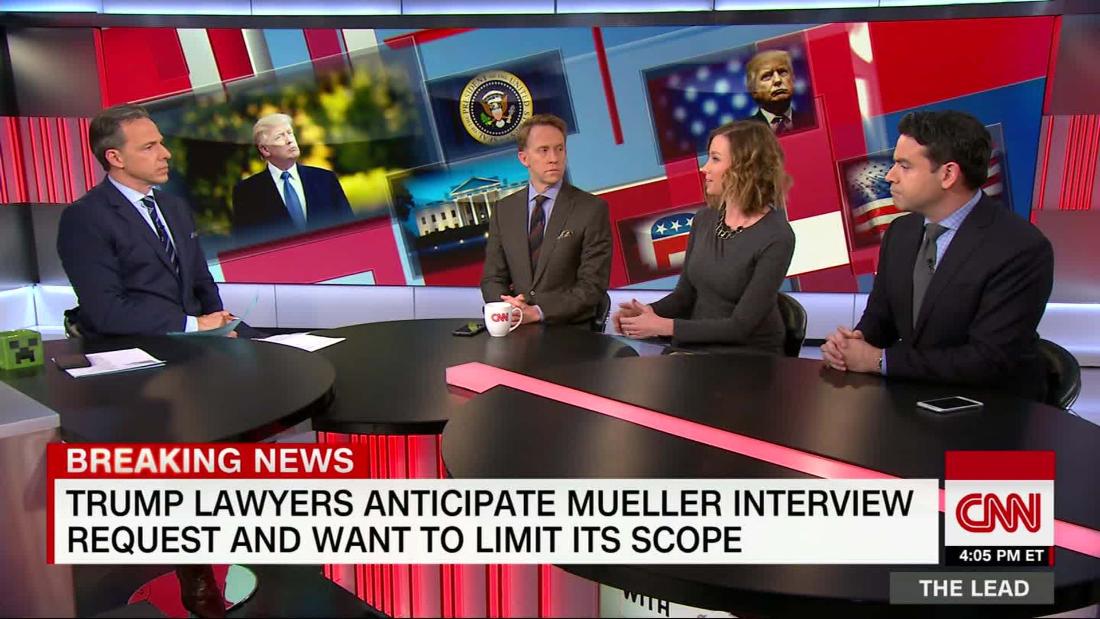 Californians who had to flee the wildfires now have to run from the water. Heavy rains from the first big storm of the rainy season are expected to trigger mudslides in parts of Southern California charred last year by wildfires. So, thousands of people — including 6,000 in Santa Barbara County — have to leave their homes. The fires burned acres of protective brush on hillsides, leaving little to no vegetation to prevent mudslides and debris flow. 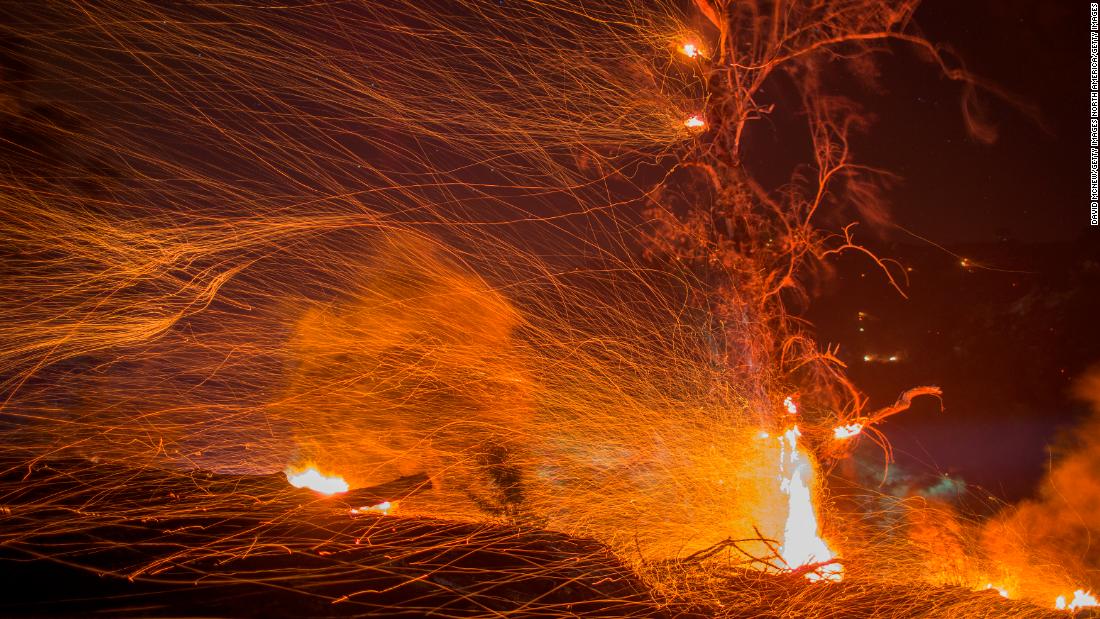 Thomas Fire is the largest blaze in CA history

President Trump promised to put coal miners back to work, but a plan to help the coal industry has been rejected by federal regulators. The Federal Energy Regulatory Commission dismissed an administration proposal to subsidize power plants, such as coal and nuclear facilities, that maintain a 90-day supply of fuel on site. The rejection is a big blow for coal mining companies, which booed the decision; environmental groups cheered it. 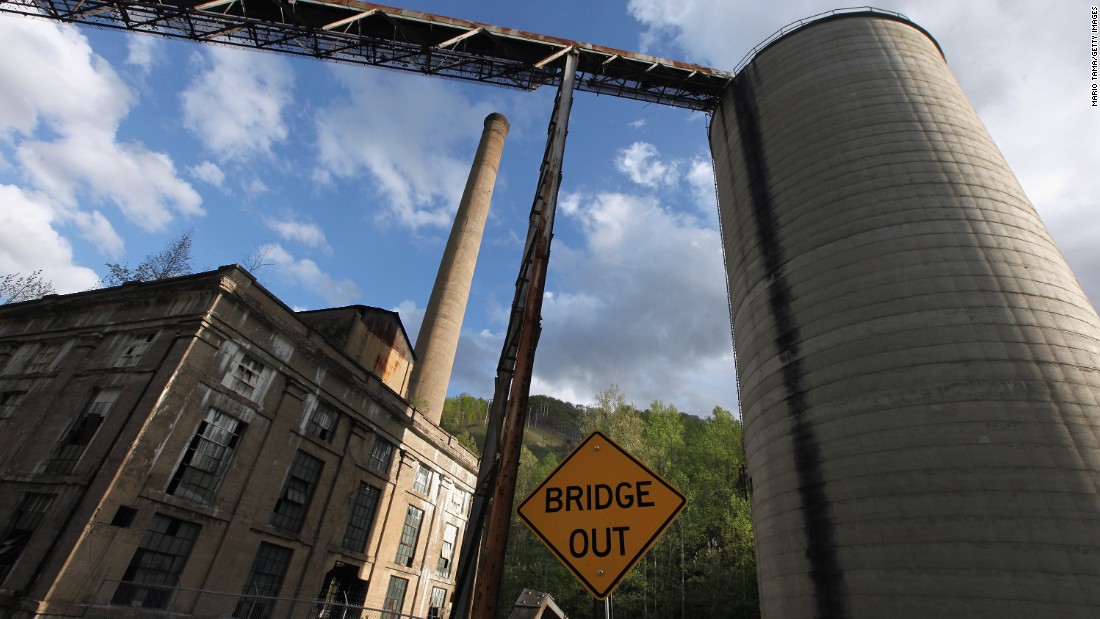 What. A. Game! So much happened in the national championship game, where Alabama stunned Georgia 26-23 in overtime to win its fifth title in nine years. First, there was the National Anthem, when President Trump showed up on the field (but did not sing all the words). Then, Georgia took a 13-0 lead and ‘Bama looked dead. Then, rapper Kendrick Lamar got all political during the halftime show (but Trump missed it because he went back to DC). 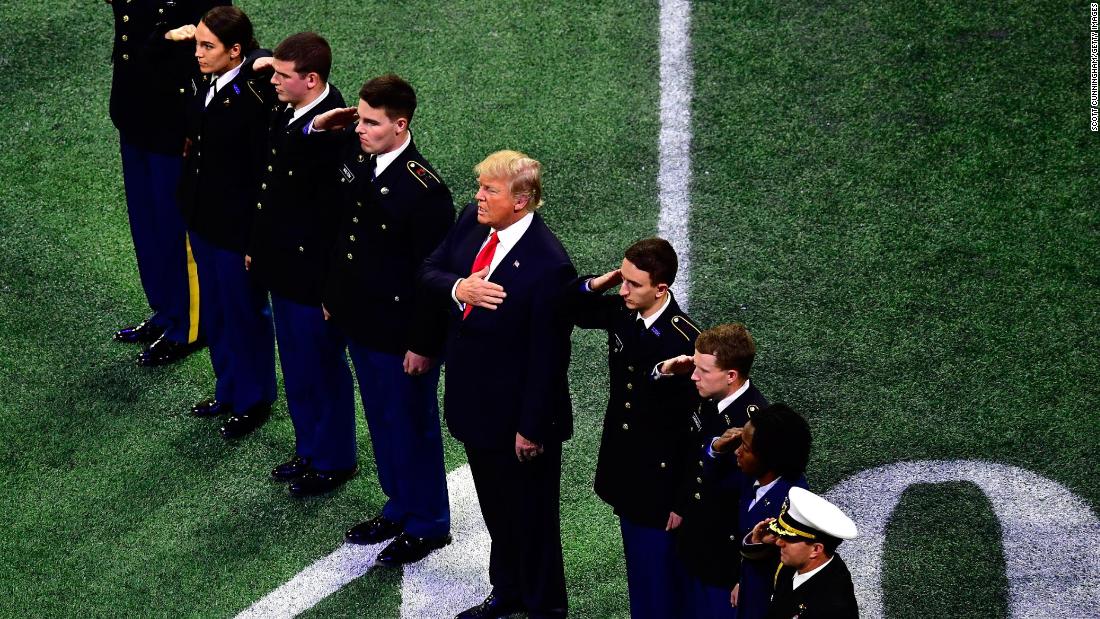 Then, Alabama coach Nick Saban ditched his all-everything QB for a freshman, who led the comeback in the second half. Then, Alabama’s kicker missed a potential game-winning field goal. Then, the game went into overtime, and the freshman QB shocked everybody with a 41-yard bomb to win the game. There was even an on-the-field marriage proposal after the game. Yeah, it was that kind of night. 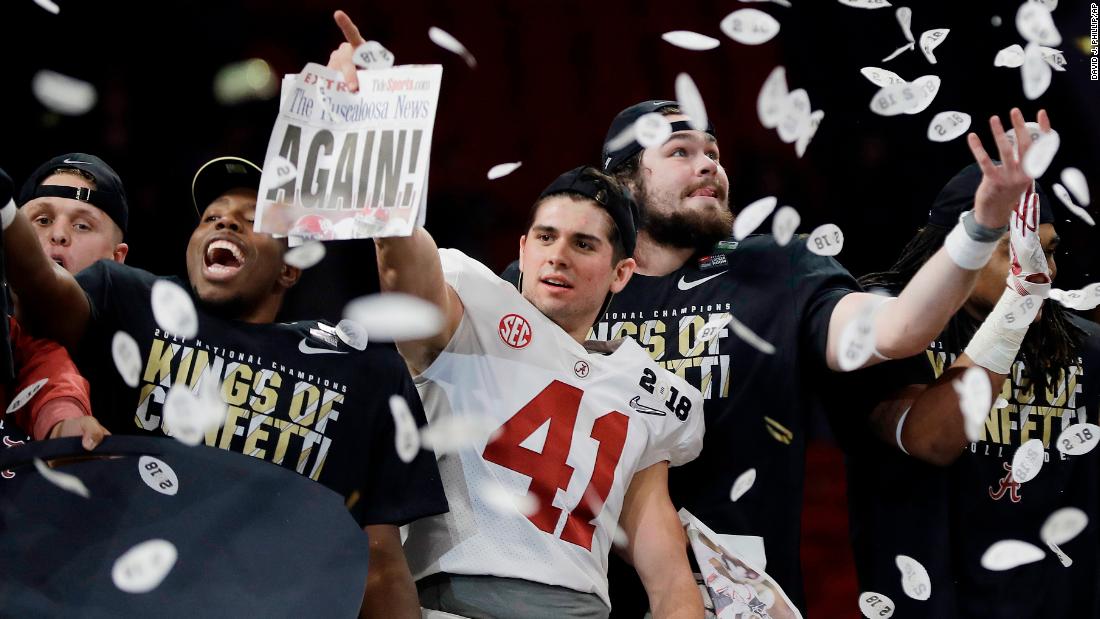 People are talking about these. Read up. Join in.
The Force doesn’t work there
There’s one galaxy that “The Last Jedi” hasn’t conquered: China. The movie had a so-so opening there, but “Star Wars” has never been that big of a deal to the Chinese. 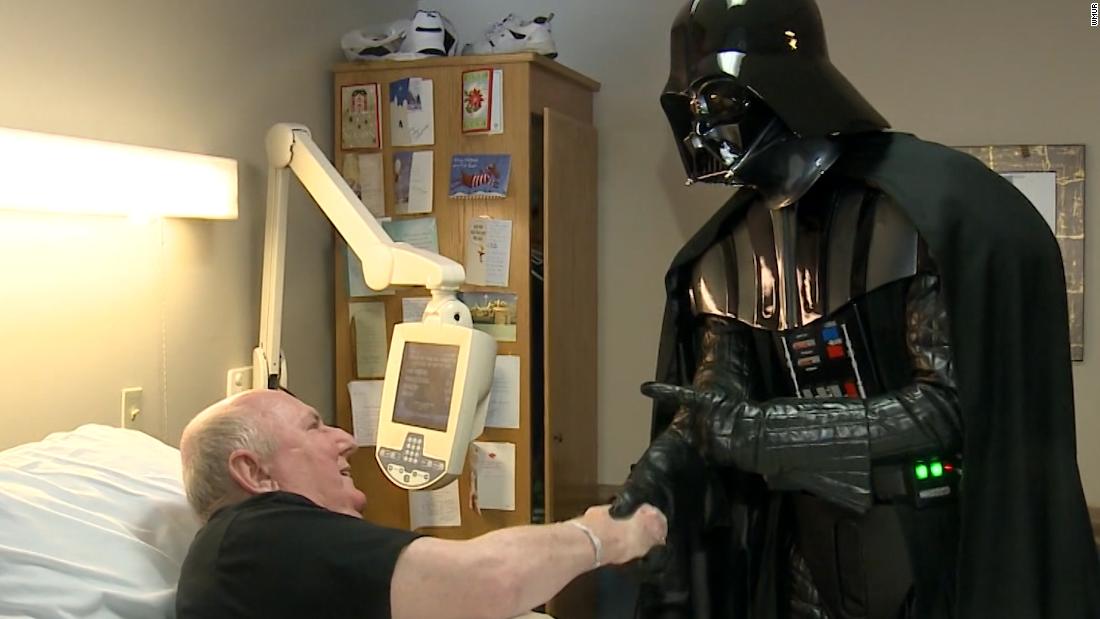 Veteran gets dying wish to see ‘The Last Jedi’

Color me pink
Singer Pink’s going to get the party started at Super Bowl LII next month by singing the National Anthem.
On a roll
Don’t have the room for a big-screen television? Then check out the 65-inch TV that can roll up just like wallpaper. 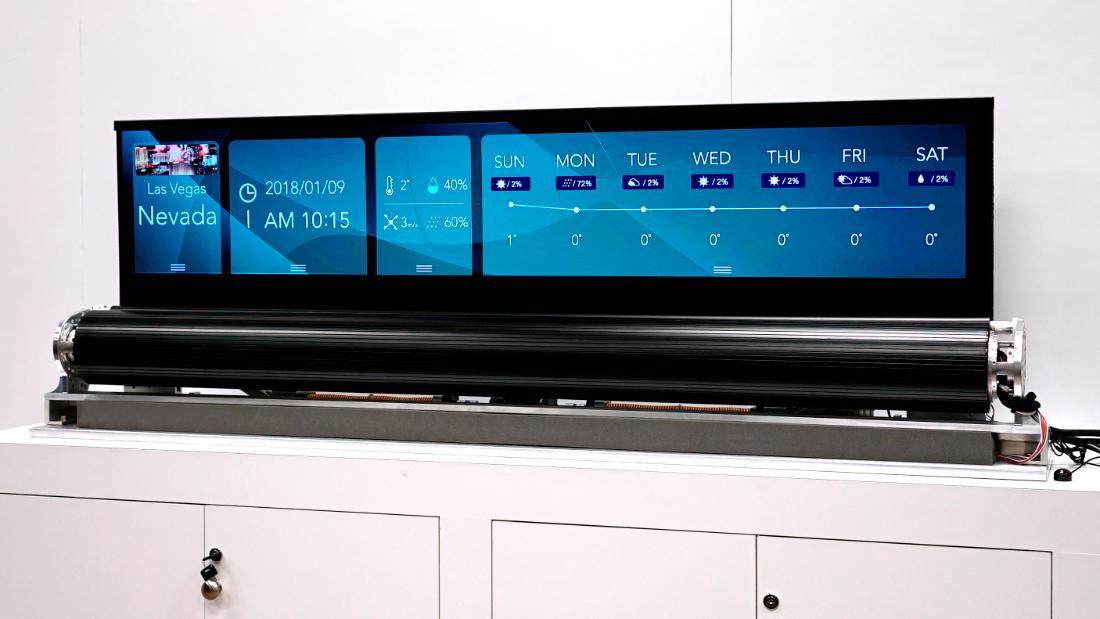 No spies needed
No fear, Apple users, the tech wizards say they’ve come up with a fix for that nasty Spectre flaw. No word on whether that fix involves James Bond.

‘It’s a mess’
Democrats and Republicans will meet today at the White House with President Trump to try to reach a deal on DACA, border security and, oh yeah, keeping the government open. So far, negotiations haven’t gone well. 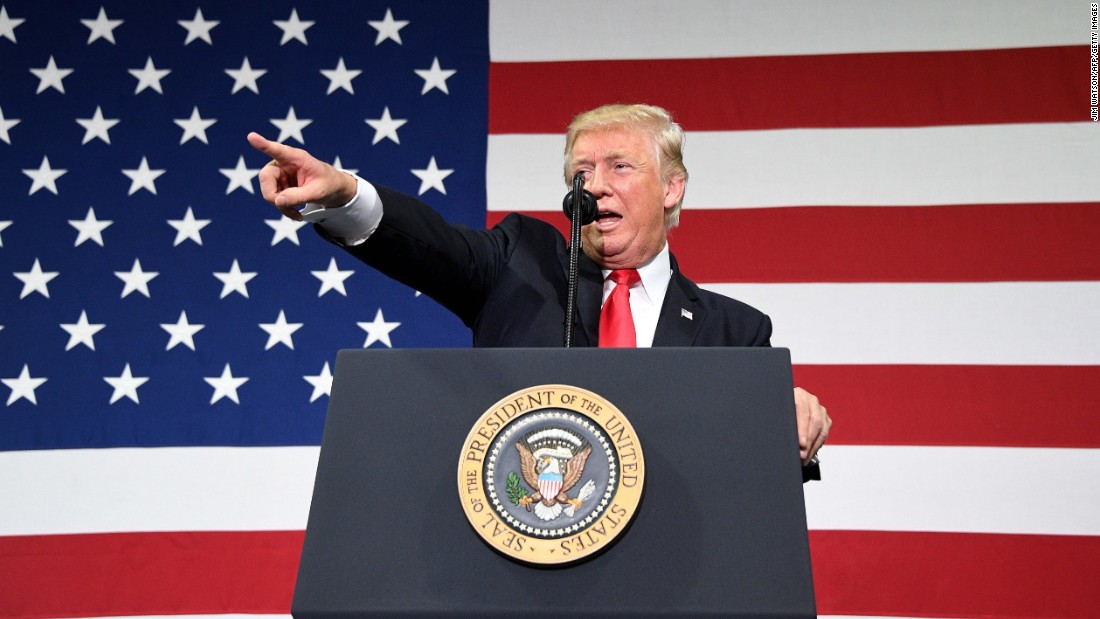 Trump’s twists and turns on DACA

$306 billion
That’s the cost of weather and climate disasters in the US in 2017, says the National Oceanographic and Atmospheric Administration. That makes it the costliest year ever.