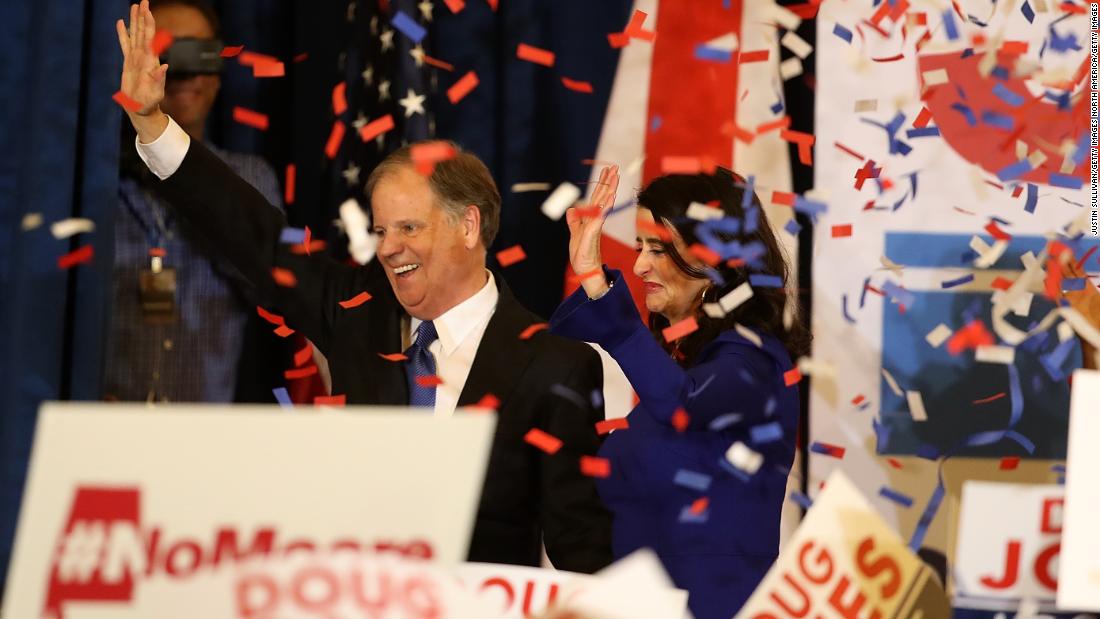 (CNN)Want a spectacular light show? Just look up. This year’s Geminid meteor shower, which hits its peak tonight, is expected to be the best ever. Here’s what else you need to know to Get Up to Speed and Out the Door. (You can also get “5 Things You Need to Know Today” delivered to your inbox daily. Sign up here.)

The ruby red state of Alabama turned blue, at least for one night. Doug Jones stunned the political world, beating Republican Roy Moore in a special election to become the first Democrat in a generation to be elected to the Senate from the state. Moore wouldn’t concede the narrow loss and demanded a recount, but Alabama’s secretary of state said a change is highly unlikely.
The result is an absolute game changer for Republicans and President Trump. Most of the GOP has cast a blind eye to the controversies swirling around the Trump presidency so far, but the party can’t ignore a safe seat in a red state falling to Dems, especially with the midterms coming up next year. Trump, who gave Moore his full endorsement, will share the blame for this loss, and many Republicans fear the President will be an even bigger drag on them in 2018. 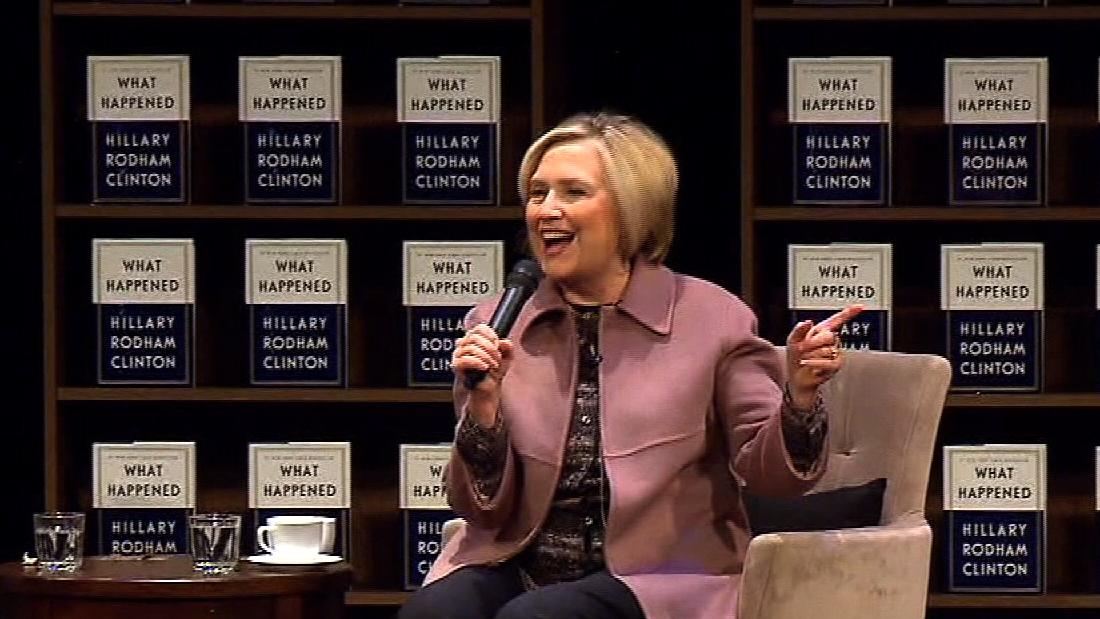 Besides the sexual misconduct allegations against Moore, race may have played a bigger role than many expected. Jones needed Obama-era turnout from black voters, and he got it. Blacks made up almost 30% of the electorate this time, surpassing the record African-American turnout when Barack Obama was on the ballot. These voters clearly had strong reaction to Moore’s many dubious comments on race, like when he said America’s families were stronger when there was slavery. Jones, who in 2002 was lead prosecutor against Ku Klux Klan members responsible for the 16th Street Baptist Church bombing in 1963, also gave blacks — and many whites — something to vote for.
Democrats are now more energized than they’ve been in the Trump era. But all those Dems hopeful that Jones will be in Washington next week to vote against the GOP tax bill, slow your roll. Alabama still has to certify the results, which could take a couple weeks, meaning Jones likely won’t take the oath of office until after the new year. Trump and Twitter usually equals trouble. And that’s exactly what happened after the President sent out a suggestive tweet attacking New York Democratic Sen. Kirsten Gillibrand. She’d called for him to resign over the sexual harassment and assault claims against him. Trump responded by calling her a “lightweight” and saying she used to come to his business office willing to “do anything” for campaign contributions. Wow, just wow.
Gillibrand said Trump was just trying to silence her, and it won’t work. Many Democratic senators, like Elizabeth Warren, came to her defense, saying the President was trying to “slut-shame” her. The White House said your mind would have to be in the gutter to think the President’s comments were sexual in nature. (Um, OK.) But the biggest burn on this came from the normally tame editorial board of USA Today, which said Trump’s tweet indicates the President is “not fit to clean the toilets in the Barack Obama Presidential Library.” 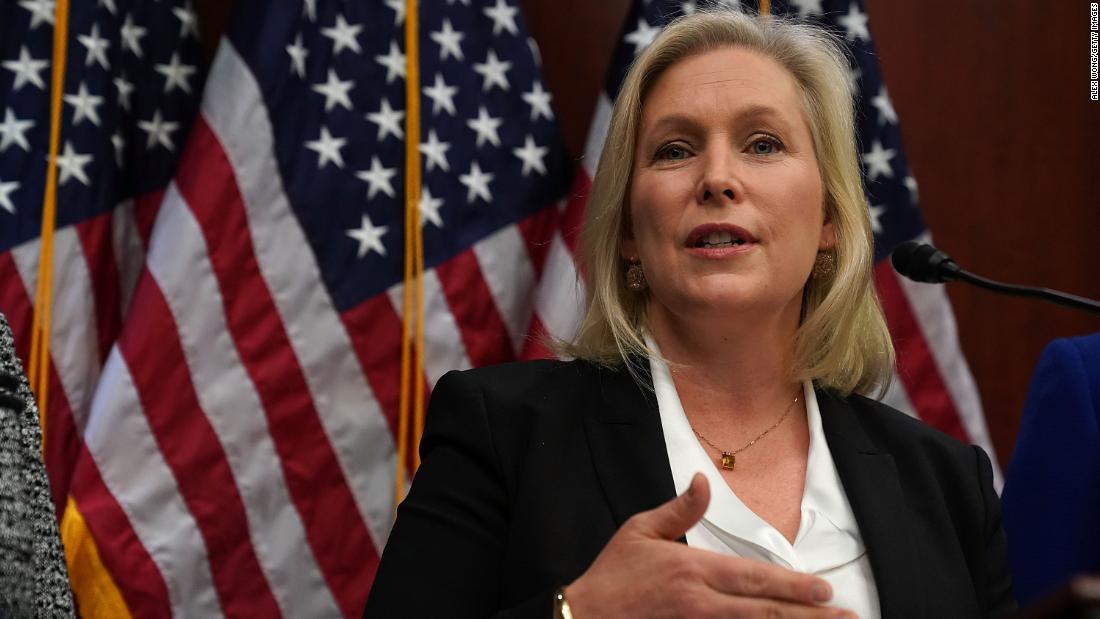 The United States is willing to talk to North Korea without the regime first getting rid of its nukes, Secretary of State Rex Tillerson said. That’s a huge change to the Trump administration’s stance. Tillerson said it’s not realistic to demand the North dump its weapons program because “they have too much invested in it.” And Tillerson says Trump is on board with this line of thinking. It’s not clear if this change will bring the North Koreans to the negotiating table. 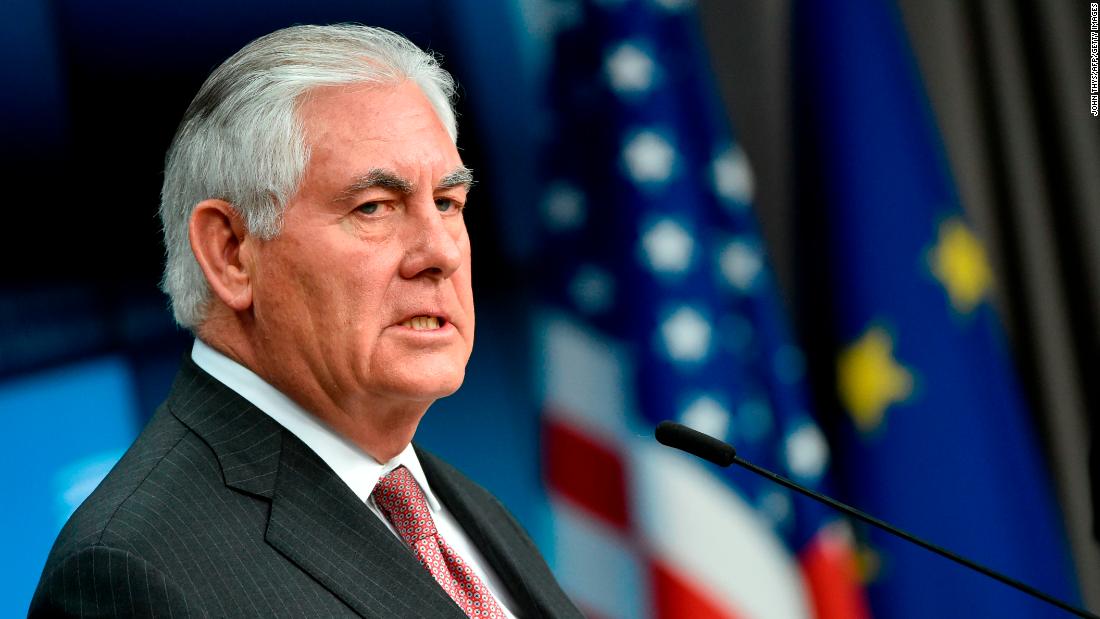 Tillerson: US ready to talk to North Korea

The man who police say set off a homemade bomb in a busy pedestrian subway tunnel in the heart of New York now faces several federal and state terrorism charges. Akayed Ullah also taunted President Trump on social media before the blast, which injured five, saying, “Trump you failed to protect your nation,” according to a criminal complaint. Ullah’s wife, who stayed in his native Bangladesh and who spoke to him a half hour before the blast, told police she didn’t know anything about what her husband may have been planning. 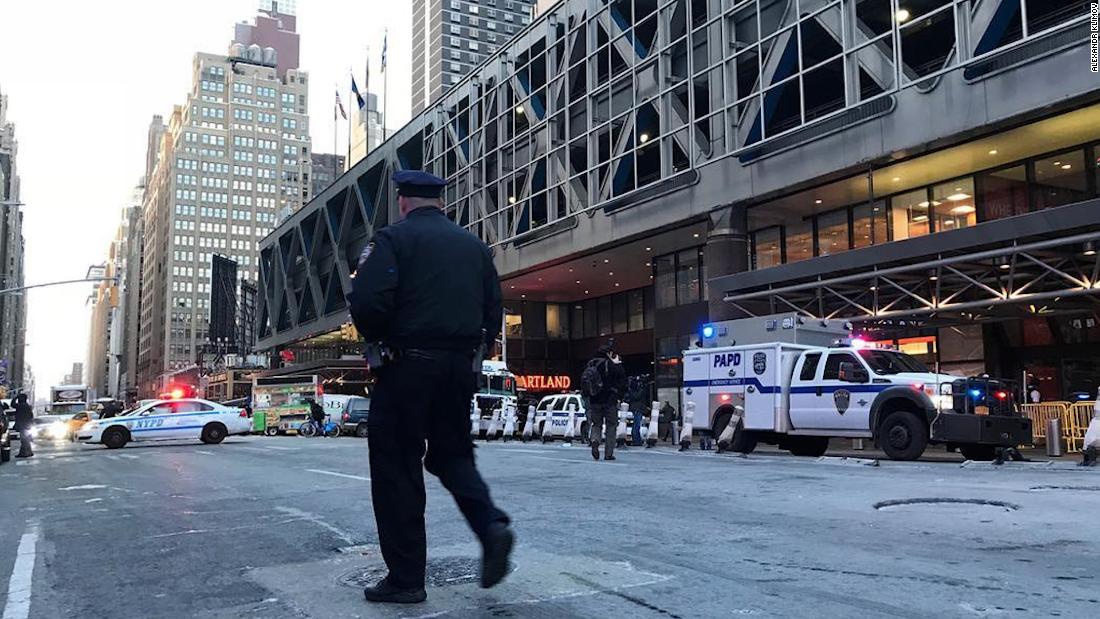 The Chinese government reportedly is collecting the DNA samples, fingerprints, eye scans and blood types of millions of people in its far-west Xinjiang territory. Why? Xinjiang is the only Chinese territory other than Tibet that’s not majority-ethnic Han Chinese, and it’s been under heavy government control and surveillance for a long time. Human rights observers call the mass collection of biodata “a gross violation.” 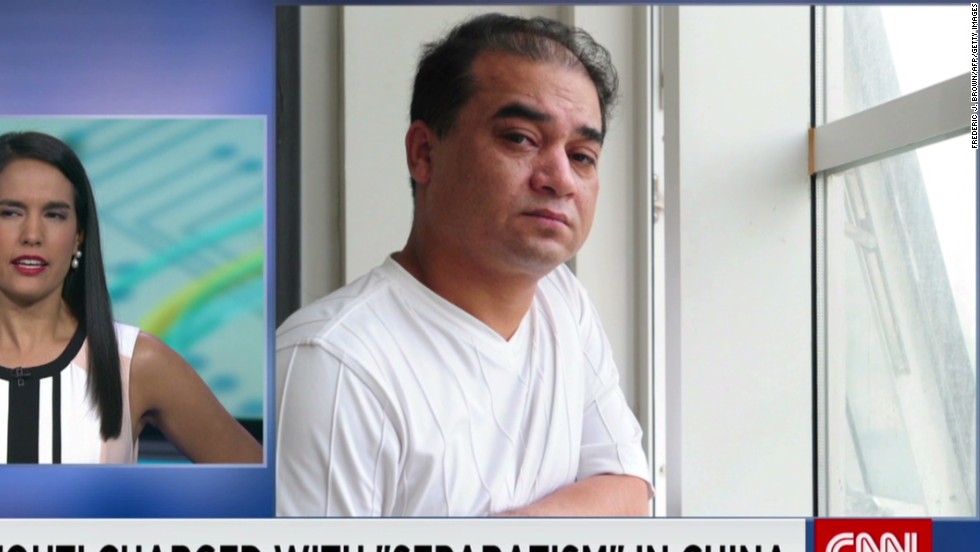 Uyghur scholar on trial for ‘separatism’

People are talking about these. Read up. Join in.
Skywalker setback
Don’t shoot the messenger, but “The Last Jedi” won’t leave us all giddy like “The Force Awakens” did. 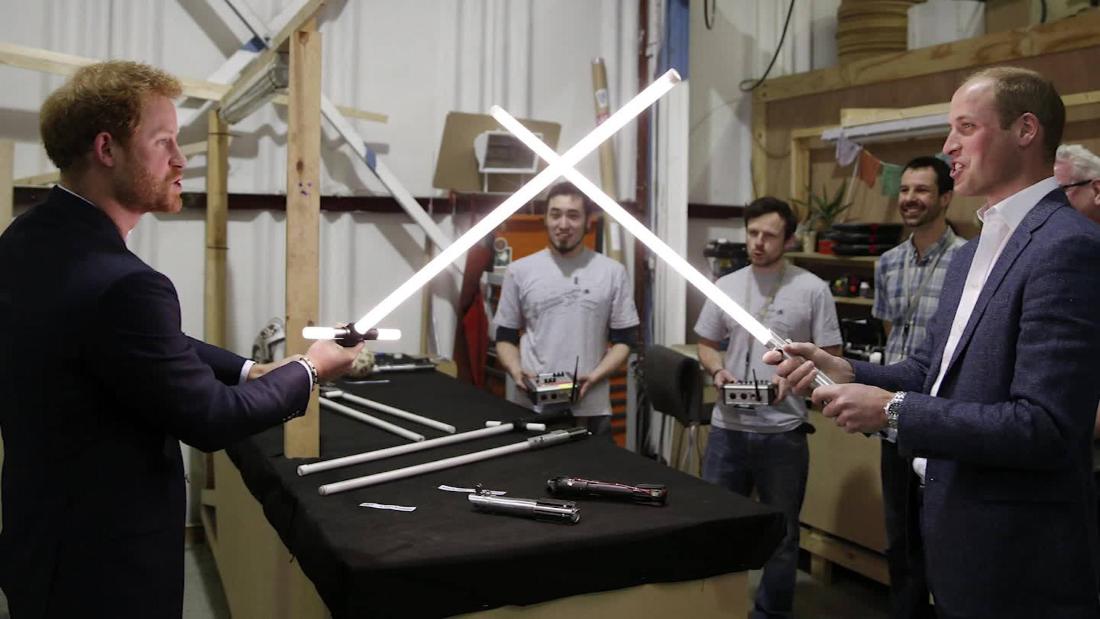 Douglas drought
It’s not your imagination. Christmas trees are harder to come by this year. Just one more thing we can thank the Great Recession for.
Year in review
We searched Hurricane Irma on Google and looked up the meaning of “feminism.” That’s 2017 in a nutshell. Reality bites
Yes, those virtual reality headsets are all the rage, but the shiny gadgets can pose health risks in the real world. Here’s how you can play and still be safe. 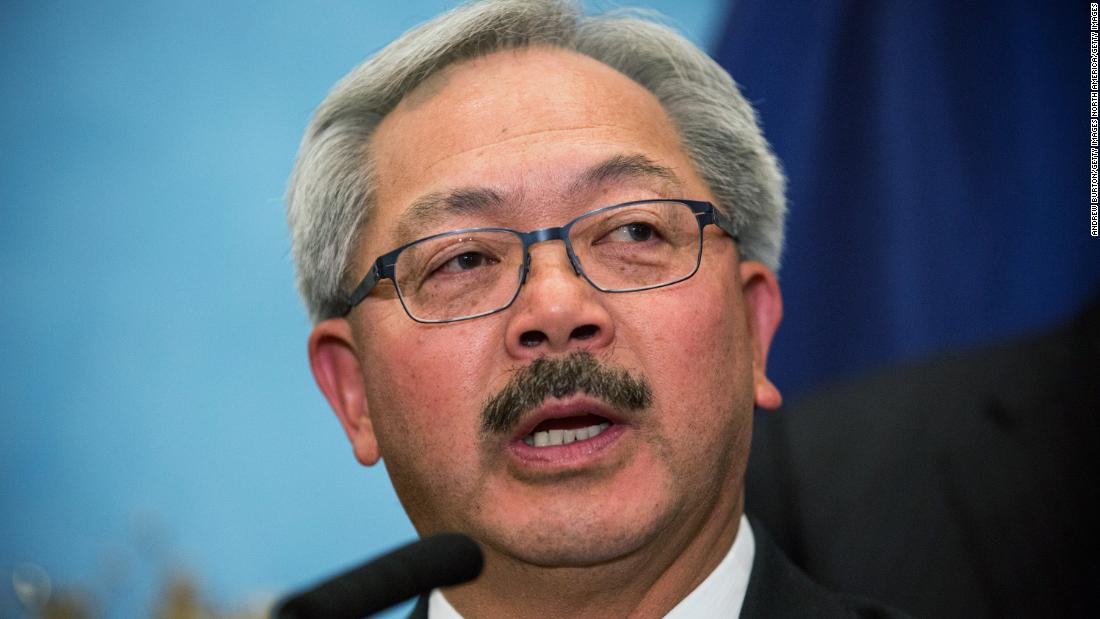 #RUDuffEnough
Talia Duff is battling a rare genetic disease, but she’s not fighting alone. Here are 160 of her classmates, joining together in a special video to raise money to help find a cure. (Click to view.)