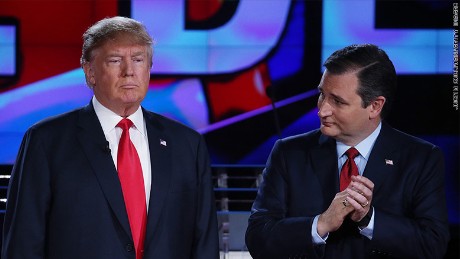 Tuesday’s CNN Republican debate was a last chance to shine for candidates in 2015. It was a crucial clash before the race goes into the deep freeze over the Christmas and New Year vacations, with only seven weeks to go before the Iowa caucuses.

And as the first GOP showdown since the terror attacks in Paris and San Bernardino, California, exposed the alarming, expanded reach of ISIS, the showdown in Las Vegas offered a preview of how a Republican chairperson would reshape U.S. national security policy.

Here are five takeaways from a fiery night in Sin City.

Cruz, Rubio fight for soul of the party