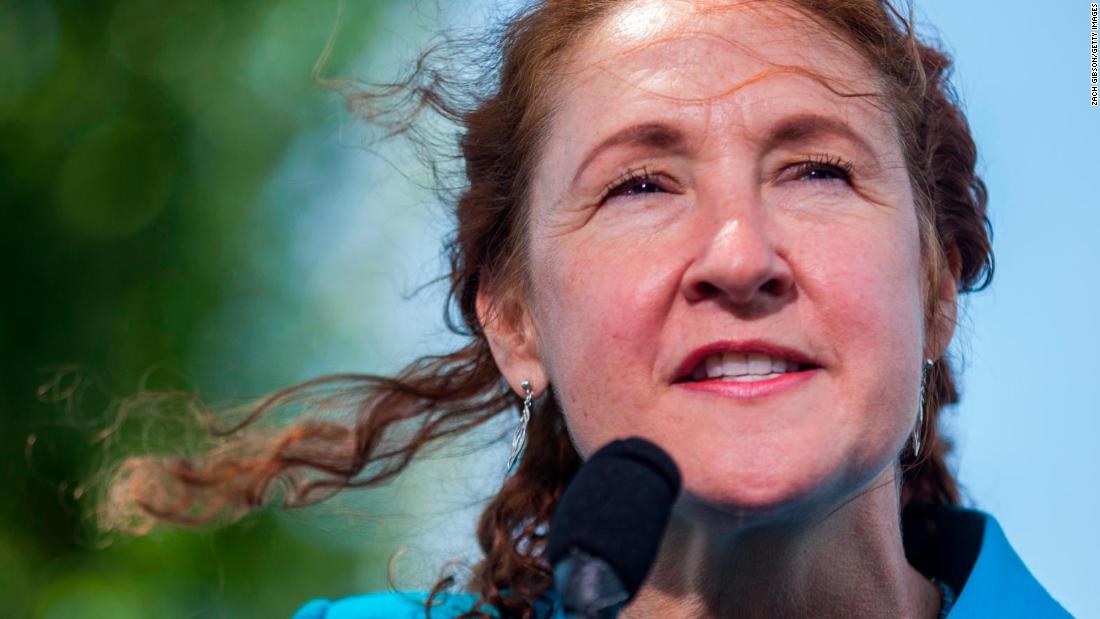 (CNN)Here’s something you don’t hear too often these days: Republicans might have a shot at flipping a House district in Connecticut.

After learning of allegations of threats and physical assault made against her chief of staff, Esty kept the top aide on for three months before entering into a nondisclosure agreement with him and writing him a recommendation letter, CNN reported Friday.
Esty said she won’t resign, and Republicans currently lack a top recruit to challenge her in November’s election. But there’s still two months before the filing deadline, and a source familiar with the National Republican Congressional Committee’s recruiting efforts told CNN the committee is reaching out to potential challengers.
It won’t be an easy battle for Republicans to win a seat given the national environment, but this is the type of district and scandal where Republicans could conceivably mount a strong challenge.
Here’s why:
1. Esty has shown weakness in the past
When Esty was first elected in 2012, she won by just three percentage points. She’s won reelection by increasing margins since that time as an incumbent, but that gives you an idea that she doesn’t have a lock on this district. Now that Esty is suffering through a bit of a scandal, it wouldn’t be too surprising if she loses the advantage normally associated with incumbency.
2. The partisan baseline in this district is only slightly Democratic
One of the best measures for the potential competitiveness of a district is how it votes on the presidential level. Democrat Hillary Clinton only won here by 4 percentage points in 2016. That made the district the fifth most Republican district in New England that year. Four years earlier in 2012, the district was the second most Republican leaning in New England on the presidential level.
3. There are a lot of independents in the district
Most partisans are locked into their choice no matter who the Democratic or Republican candidate is or what the candidate has done. The type of voter who would most likely be willing to switch sides in the wake of a scandal is one unaffiliated with either party. Although Democrats hold a slight lead over Republicans in party registration in Connecticut 5 (as reflected in the presidential vote in the district), the plurality (a little less than 45%) are unaffiliated. To put that percentage in perspective, a higher percentage of voters in Connecticut’s 5th district are Independents than those in New Hampshire, which is considered one of the most independent states in the nation.
Case-in-point to the district’s independent nature: no Democratic gubernatorial candidate has come close to carrying the district since 2002. In 2014, for example, Republican Tom Foley carried the district by 8 percentage points, despite losing statewide by 3 points.
4. Connecticut’s deeply unpopular Democratic governor
Democratic Gov. Dan Malloy’s approval ratings have hovered below 25% in polling over the last few months. Perhaps because of Malloy’s lack of popularity, Democrats have not seen any noticeable improvement in Connecticut state legislative special elections versus the partisan baseline based off the last two presidential elections. That’s far different than nationally, where Democrats are outperforming their partisan baseline by double-digits. Connecticut is, in other words, its own mini-pro GOP environment in a sea of Democrats doing well nationally.
While federal elections are different than state elections, it seems conceivable the combination of an unpopular governor and a scandalized incumbent could be prove to be electoral poison for Esty.
5. #MeToo
It’s easy to say nothing matters in the age of President Donald Trump, but that ignores a lot of other recent history. We’ve seen a Democrat win in Alabama because of sexual abuse allegations made against the Republican nominee, and we’ve seen a Democratic US senator resign over allegations of sexual harassment.
And now Esty is under fire for failing to protect one of her aides from harassment and shielding the accused harasser.
A political science study of US senators (slightly different than a representative like Esty) found incumbents lose an average 6.5 percentage off their reelection vote share when they have a scandal involving immoral behavior.
If that penalty is assessed to Esty, the race in Connecticut’s 5th district could be quite competitive in November.