At some point, everybody has felt like they simply couldn’t catch a break. Your alarm doesn’t go off, your car won’t start, the bus is late and chock-full o’ bus people — you get the idea. This is a bad day. A bad week. But eventually it’s going to end, right? Not always. Just look at the stories of …

Judith Hill is either the luckiest or unluckiest singer working today. In 2009, she got the break of a lifetime when she was hired as Michael Jackson’s duet partner and backup singer for the This Is It tour. Shortly after Hill’s hiring, Jackson died. As a consolation prize, she got to sing “Heal The World” at his memorial service, leaving the industry buzzing with questions like “Um, who’s this chick?”

Which is usually a fair question for a singer who followed Usher, but maybe a bit snippy for a funeral.

Hill went on to appear on The Voice, where she said that she’d like to work with Prince someday. We’ve all said that same thing at some point, but Hill actually heard back from him. He wound up producing her album, while she traveled with him in a possibly extramusical relationship. Hill and Prince were flying from Atlanta to Minneapolis one night when he suddenly lost consciousness. Six days later, Prince became a victim of 2016’s celebrity death lust.

Look, Judith, we know it’s not your fault, and we’re rooting for you, but … stay away from Beyonce, OK?

When he was just 18 years old, Kyoungjong Yang was conscripted by the Japanese army, which controlled his native Korea back in 1938. He would be captured no fewer than three times by three different countries before the fighting was over, because some people have “bad days,” and others have “bad wars.”

First he was captured by the Red Army at the Battle of Khalkin Gol in 1939. After three years of hard labor, he was “allowed” to fight for them, at which point he was taken by the Germans. They drafted him to fight too, as if he’d wished on a monkey’s paw never to be picked last in gym class. He was finally captured by the U.S. Army at Normandy, eventually living out the rest of his days in Illinois, where hopefully people stopped capturing him. His experiences would inspire a Korean-produced film titled My Way, an ironic choice if there ever was one.

In April 2013, Utah teenager Mason Wells, a Mormon, was a block away from the bomb blasts at the Boston Marathon. He was there supporting his mother, and luckily, both were unharmed. Awed by his good fortune, Wells resolved to spread his message of faith and went on a missionary trip two years later … to France. Where multiple coordinated attacks took place during his stay.

Not one to take hints, Wells continued his trip. He was standing in the customs line at an airport in Belgium when, of course, a bomb went off. He suffered severe burns to his face and arms, but eventually made a full recovery, at which point he decided to stop tempting fate and return home. Here he is, looking just … super stoked about the whole situation. 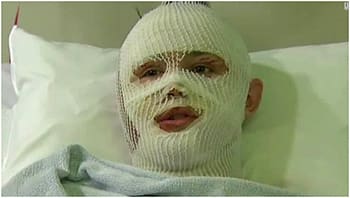 CNNYou … also stay away from Beyonce.

In September 2003, eight-year-old Austin Hatch boarded a plane with his mother, five-year-old brother, and 11-year-old sister. His father, an anesthesiologist and pilot of five years, was flying that plane. You’ve read the header, you know where this entry is going. The plane crashed into a pole in Indiana, killing Austin’s mother, brother, and sister. Austin survived thanks to the heroics of his father, who was badly burned during the crash. The cause of the crash remains disputed — Mr. Hatch insisted it was equipment failure, while the official report said low fuel was the culprit.

The Hatch family slowly moved on from the tragic accident. Eight years later, in 2011, Austin and his stepmother bravely hopped on another plane piloted by Mr. Hatch. You already know that this plane crashed too. This time, Austin’s father and stepmother were killed, leaving only Austin alive. What are the odds, right? Fate itself must have it out for the fami- oh, this one was conclusively caused by Mr. Hatch’s bad piloting? Well, huh. 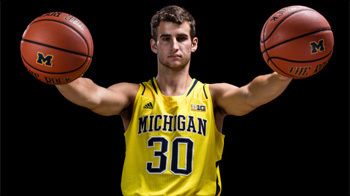 The University of MichiganHe then went on to play guard for Michigan … for a year, before having to switch to coaching. Because of injuries. From two fucking plane crashes.

Clifford Johnson, The Most Burned Man

On November 28, 1942, the Cocoanut Grove nightclub in Boston was the site of one of the worst fires in American history, killing nearly 500 people. A teenage patron merely trying to set some mood lighting so he could make out with his date indirectly caused it. The aftermath was so horrifying that some newspapers had to shift from their World War II coverage to talk about Boston. You know shit’s bad when it steals headlines from Hitler.

Which brings us to Clifford Johnson. The 21-year-old Coast Guard(ian?) managed to escape the Cocoanut Grove that night … multiple times. All told, he went back into the burning building six more times, just to steal souls from the god of death. That’s not to say he walked away unscathed — he suffered burns over 55 percent of his body, with 25 percent of that coming through the underlying bone and muscle. He was, at the time, the most burned patient to ever survive. 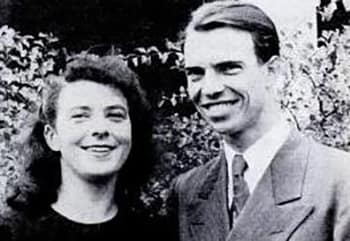 After a hospital stay of 21 months and hundreds of operations, Johnson made a full recovery, moved back to Missouri, and even married one of the nurses who took care of him. All was well until 14 years after the fire in Boston, when he was killed in a car crash … which burned him to death. Let this be a lesson: Everything sucks, and then you die horribly?

We’re actually not sure what the lesson is here.

Joel B. Kirk is a San Francisco Bay Area native who likes listening to retro ’80s synth artists while working on writing projects. He also thinks Octavia Butler’s “Fledgling” and Donald Westlake’s “Somebody Owes Me Money” are awesome novels.

If you loved this article and want more content like this, support our site with a visit to our Contribution Page. Or sign up for our Subscription Service for exclusive content, an ad-free experience, and more.