The goal of any good dystopian story is to warn us about the future that we could end up with if we’re not careful. But they’re usually inspired by something that’s happening right now. Which means that while most of us are watching some cool new show in which future people live in pods and are haunted by cyber ghosts, a few unlucky SOBs are out there already living it.

Japanese People Are Having To Live In Internet Cafes

Much like America, Japan’s middle class is shrinking thanks to the upsurge in contract-only and temporary work. That makes paying rent all but impossible, so as many as 4,000 people in Tokyo alone are now living out of internet cafes — those places you thought became outdated shortly after we all moved on from 56k modems. They’re called saiba homuresu, or cyber homeless, which is a cool name for a sign of the crushingly bleak economic times.

Japans Disposable Workers, via YouTubeThe “tiny house” thing is a little less cute when taken to its logical conclusion.

And this isn’t a trendy way for young people to keep their lives simple before they get their feet on the ground. Nearly 40 percent of the cyber homeless are in their 30s, and 29 percent are in their 50s. There’s an imbalance in Japan’s economy whereby many people can’t get jobs, but those with jobs feel like they have to work themselves to death (and sometimes do) to stay in the game. And if you can’t afford a home, and have no free time to spend in one anyway, why not downgrade? Many cafes, which charge around 15 dollars a night, offer showers, laundry, and other amenities to their long-term residents. It’s kind of like living out of your car, except with much easier access to pornography. Plus you get to look like someone out of a William Gibson novel.

The cyber homeless try to see the bright side of downsizing, but take a look at the ancient computers they’re stuck with and try to tell us that that’s not suffering. If you’re going to have your life destroyed by a brutal economic recession, at least you shouldn’t also have to use Windows XP.

Iran Has A Legal Organs-For-Cash Program

Sci-fi dystopias frequently revolve around the stark contrast between the wasteful opulence of the wealthy and the brutal desperation of the poor. One of the most popular ways to illustrate this is organ replacement for hire. Whether a poor person needs to rent an organ on a monthly payment plan in Repo Men or a wealthy person simply has their own clone murdered for spare parts like in The Island, the idea of cashing in on organ donation immediately signifies that we’re in a nightmarish dystopia.

Well, unless you live in modern Iran. Then it’s a fact of life. Iran has a legal marketplace for kidney sales, and while “kidney sale” immediately conjures images of spiked drinks and a bathtub full of ice and regret, it’s all above-board. Poor Iranians are so eager to “donate” that the streets leading to some hospitals are plastered with homemade advertisements proclaiming how healthy their signmakers are …

Shashank Bengali / Los Angeles TimesNo better way to advertise lifesaving surgery than with Sharpie on the side of a tree.

Before you write off Iran as a backwards country with inferior healthcare, it’s been argued that their system is in some regards actually better than that of the United States. For all we may squirm at the concept, Iranians in need of kidneys, well, get kidneys. Meanwhile, as obesity and diabetes rates continue to rise, America’s demand for healthy kidneys is only increasing. As of 2015, 100,000 Americans were waiting for a new kidney, and in 2014, 7,600 Americans either got too sick (or too dead) to receive one.

Shashank Bengali / Los Angeles TimesLuckily, the transplant specialists dont have to advertise like someone trying to sell a pee-stained couch … we hope.

Iran’s healthcare system saves money overall, because patients get new kidneys quickly instead of spending a long time on dialysis, and the legal framework prevents the donor from getting screwed on payment. Plus, both donor and receiver must be Iranian nationals, so you don’t see “kidney tourism.” Iran has largely managed to address their organ shortage, although information on the long-term health of the sellers is unavailable, because the future is a morally complicated quagmire of nightmares.

The system has its flaws, of course, with prospective patients making some seriously sketchy side deals to get around waiting periods. Oh, and also the whole vampiric overtone of the rich buying body parts from the poor. That’s pretty weird too.

Our iPhones are made in Chinese factories, of which Longhua is the largest and most ominous. About 450,000 workers live and work in the highly regulated quasi-city-state. Nobody else gets in. Delivery truck drivers must first have their fingerprints scanned, and unauthorized visitors have been beaten in the past. Why all the secrecy? Well, if you were running a secret mini-dystopia, you’d be less keen on visitors too. Longhua workers alternate 12-hour shifts and live in grey dorms a few feet from the high-pressure environment where they work. Perhaps understandably, this situation has led to mass suicides. It turns out that forcing workers to pay for running water and getting mad at them for wanting bathroom breaks is bad for morale, even if you do throw the odd potluck.

Tyrone Siu/ReutersHaving a workplace that could pass for a scene from 1984 isnt super encouraging.

Now, to be fair, Steve Jobs did highlight how the suicide rate in China was about the same as at the factory, which is only a couple steps removed from telling someone that it’s statistically unlikely to be murdered while you’re stabbing them. Nevertheless, Apple and Foxconn, the factory’s parent company, did take measures to prevent suicides. If you think that sounds nice, think more literally. No steps were taken to improve the working and living conditions, which are infamous for their relentless pace, cruel management, and blatant recruiting lies. Instead, workers had to sign pledges stating they would not attempt to kill themselves. Quickly realizing that a pinky promise didn’t mean much to someone standing on a ledge, they took one more measure: adding netting to all the tall buildings in the complex.

Thomas Lee/WiredAlternately, a quick way down from the upper floors for people trying to preserve their four minutes a day of personal time.

Shockingly, these measures haven’t really helped, as threats of mass suicide have become the workers’ only negotiating chip. In 2012, 150 of them gathered on a roof and threatened to jump if working conditions didn’t improve. It happened again in 2016 over withheld wages, which suggests that the 2012 protest didn’t go as well as it could have. Guardian journalists interviewed workers in 2017 to see if any improvements had been made, and one worker summed things up thusly: “It’s not a good place for human beings.”

The Japanese Corpse Warehouses That Deliver The Dead Via Conveyor Belt

Japan is running out of space to bury their dead, and a booming elderly population means that they’re going to have a whole lot of dead to bury. Further compounding the issue, people who have moved away from their hometowns are finding it troublesome to return to their family graves to care for them. The solution? Conveyor belts for the dead! 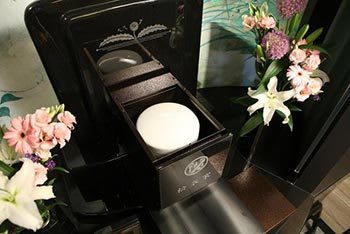 The empathetic folks at Toyota are trying to save people from the tedious job of keeping their family graves clean by providing a low-maintenance alternative, meaning that a night on the town can now feature both sushi and your father’s ashes being brought to you by the same technology. When you arrive at the urn warehouse, you scan an ID card and are directed to a private prayer booth. In under a minute, a conveyor system transfers the relevant ashes into your booth from a behind-the-scenes storage area. 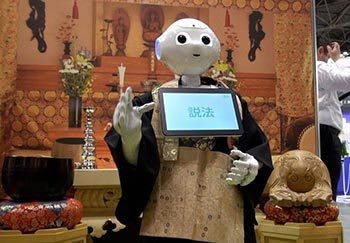 A typical conveyor-fed urn warehouse holds 5,500 remains in just over 20,000 square feet, and a slot is roughly half as cheap as a traditional grave site. The only major downside is that it looks like Ghost In The Shell meets Beetlejuice. 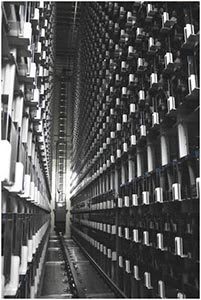 Chunichi Shimbun/The Japan TimesHonor your loved ones memory with the gift of high-volume automated storage.

Oh, and that you couldn’t be sure — truly sure — that grandpa’s ghost likes hanging out in a robotic corpse warehouse for all eternity. You know old people and technology.

Tiagosvn would love to hear about the most dystopian elements of your life on his Twitter. Nick is an attorney who hopes his writing career will continue to keep him out of the courtroom.

For more, check out 15 Real Sci-Fi Technologies About to Change the World and 5 Awesome Sci-Fi Movies Technologies That’d Suck In Real Life.