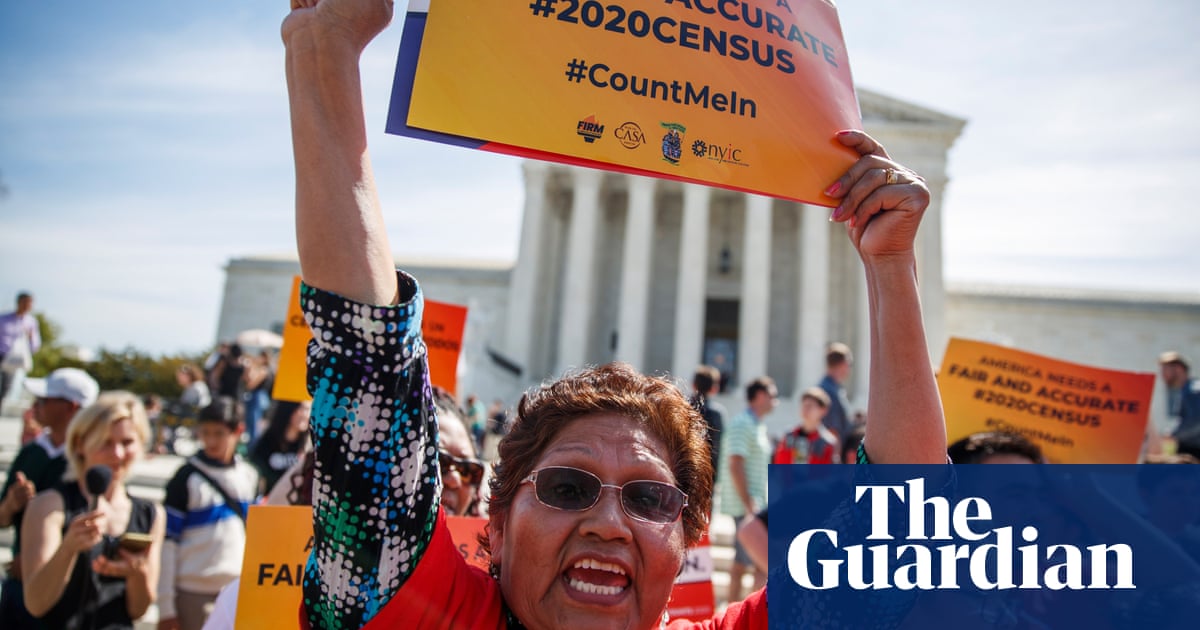 The US justice department has said it will continue to look for legal grounds to force the inclusion of a controversial citizenship question on the 2020 census, hours after Donald Trump said he is “very seriously” considering an executive order to get the question included.

Trump said his administration is exploring a number of legal options, but the justice department did not say exactly what options it has after the supreme court rejected its official justification for the question.

Pro-democracy advocates have warned that asking a question on citizenship in the US census would suppress participation among immigrant communities and disenfranchise Democratic-leaning voters. By some estimates, up to 4 million people might be deterred from taking part.

A census is conducted once in a decade, and a citizenship question has not been asked since 1950.

Trump, speaking as he departed the White House for a weekend in New Jersey, said he might take executive action.

“It’s one of the ways that we’re thinking about doing it, very seriously,” he said.

﻿Lack of clarity over exactly how the government plans to move forward on the issue caps a week in which administration officials first promised to abide by a supreme court order that blocked the question, then reversed after Trump described their statements about dropping plans to add the question as “fake”.

The administration’s focus on asking about citizenship reflects the enormous stakes in the once-a-decade population count that determines the allocation of seats in the House of Representatives for the next 10 years, as well as the distribution of about $675bn in federal spending.

The government has already begun the process of printing the census questionnaire without that question. It is not clear that an executive order would be enough to settle the inclusion of the citizenship question since it would not override court rulings. Trump has reportedly said he believes the question should be included on a separate sheet on paper.

But such an action from Trump would perhaps give administration lawyers a new basis to try to persuade federal courts that the question could be included.

On Friday afternoon, justice department lawyers formally told a federal judge in Maryland that the administration is not giving up the legal fight to add the citizenship question to the next census.

But they also said it was unclear how they will proceed, according to a court filing.

Hulett warned that government’s position would “result in the same kind of misinformation that leads our communities to be reluctant to participate in the census, at a time when the Census Bureau should be actively encouraging everyone’s full participation”.

Late on Friday, the American Civil Liberties Union asked a federal court in New York to block the Trump administration from delaying the printing of 2020 census forms or changing the forms to include the citizenship question.

A US district judge in Maryland also issued an order on Friday saying a court case would move forward over whether officials pushing the citizenship question were motivated by racial bias.

The Census Bureau’s own experts have said the question would discourage immigrants from participating and result in a less accurate census that would redistribute money and political power away from cities where immigrants tend to cluster to whiter, rural areas.

The Trump administration had said the question was being added to aid in enforcement of the Voting Rights Act, which protects minority voters’ access to the ballot box, an argument the supreme court rejected.

But the question’s opponents say recently discovered evidence from the computer files of a Republican redistricting consultant who died last year shows that, far from helping minority voters, discrimination against Hispanics was behind the push for the citizenship question.

Associated Press contributed to this report