I hate making bets because people become so serious about them, and then inevitably… bad, regrettable things end up happening. Every. Dang. Time.

Here are 20 examples of bets so dumb we can’t imagine these people will ever shake hands on a bet again. 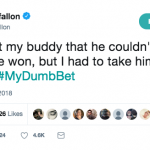 Jimmy Fallon kicked it off with this sad tale of a man who ate too many Peeps.

Yes, there’s such a thing as too many Peeps. 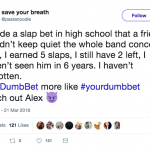 @Pastanoodle better track Alex down and deliver those two slaps without saying a word. How funny would that be? 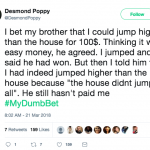 This is one of those bets that makes you so mad that you’ve been “outsmarted,” even though it’s a dumb, cheap trick. I wouldn’t have paid. 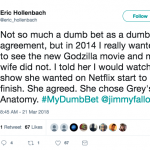 And you cannot tell me that guy didn’t get totally invested in Grey’s after all. 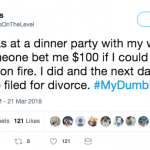 Something tells me the fart fire wasn’t the reason she filed but the last straw.

This next one is kind of sweet… 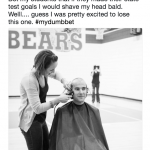 Aw!! Don’t you just love when teachers have to do something drastic to get their students to care about school? 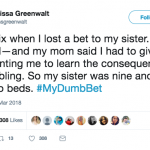 This is crazy! Where did this girl sleep?! I bet she slept in her bed, but it was like, technically “on loan” from her sister. 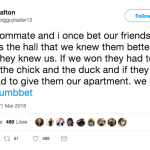 Call me crazy, but I think this is the plot of a Friends episode and not a real bet this guy did with this friends. Either that or art imitated life super specifically. 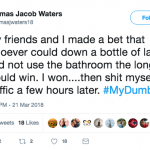 These are the kinds of bets that simply aren’t worth it. 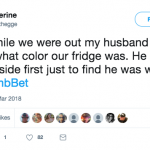 I love these sort of disagreements about basic facts from your own life. Sometimes it’s really appalling to realize what you don’t know.

The next one, well, it’s predictable… 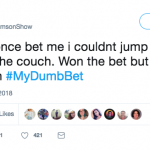 Honestly, part of the fault is with the wife. 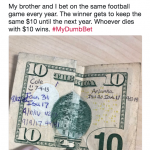 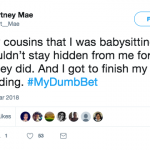 $5 is a small price to pay for an hour of silence from small children.

I’d make that bet in a second. 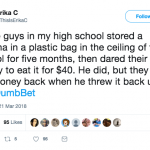 This is horrifying, and I cannot believe they took the money back when he threw it up. The agreement was to eat it, not to keep it down! 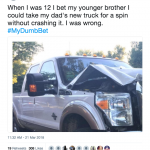 12! that’s a giant truck! This was never going to end well.

The next one is great… 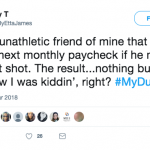 There’s something so purely joyful about random people making full-court shots. It’s like, a whole subsection of YouTube that I’ve definitely gotten lost in. 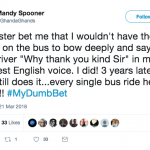 I love this! It’s now harmful to anyone. No one ended up in the hospital. It makes people giggle. I’m all for this. 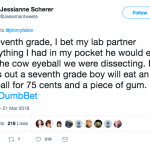 The things we would do when we were young! I had a friend in 2nd grade who would eat any concoction we made in the cafeteria, I think just to prove she could do it. Chocolate milk, straw wrappers, ketchup, mustard, all mixed together. And she would eat it. 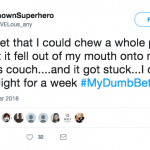 Well, that one took a turn.

Take the dumb bets away from your mom’s couch, people. 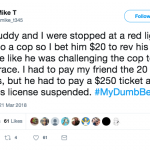 Don’t make dumb bets with a cop around.

Just don’t do it.

Have you ever made a bad bet? Share this story on Facebook and tell your friends the dirty details!