Hydrofluorocarbons, commonly used in refrigerators and air conditioning systems, could add 0.5C to global temperatures by the end of the century 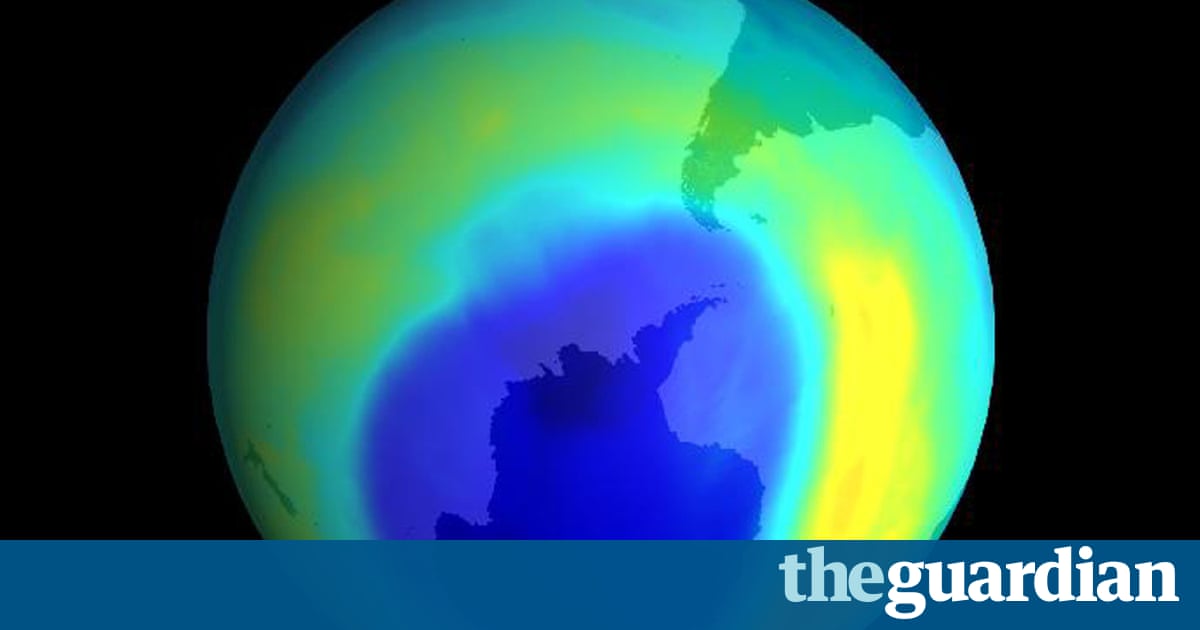 A loose coalition of more than 100 countries, including the US and European nations, is pushing for an early phase-out of hydrofluorocarbons (HFCs), a powerful greenhouse gas that if left unchecked is set to add a potentially disastrous 0.5C to global temperatures by the end of the century.

At a meeting in New York on Thursday, world leaders called for an ambitious phase-down schedule for HFCs, which are commonly used in refrigerators and air conditioning systems, and pledged adaptation money for developing nations where HFC use is rapidly increasing.

The growth in some HFCs is extraordinarily fast right now so its critical that we have an ambitious agreement, a White House official told the Guardian. This is an extraordinarily important opportunity.

Concerns over the gaping ozone hole over Antarctica spurred countries to agree to phase out chlorofluorocarbons (CFCs), an ozone-depleting gas found in fridges and aerosols, in the 1987 Montreal Protocol.

While this proved successful scientists recently forecast the ozone layer may well be completely healed by the middle of the century CFCs have been routinely replaced by HFCs, which trap thousands of times more heat in the Earths atmosphere than carbon dioxide.

Their growing use in developing countries could mean they account for nearly 20% of all emissions by 2050. The replacement of HFCs could prove crucial if the world is to avoid dangerous runaway climate change, driven by a temperature rise of 2C or more.

The new coalition of nations, which will push for an early phase-out of HFCs at a gathering in Rwanda next month, includes the US, all 28 European Union nations, all 54 countries in Africa and South American nations including Argentina and Colombia.

The US is proposing that growth in HFC use be frozen at 2021 levels and then scaled down so that it is largely eliminated by 2050. China wants a later peaking date, at 2025, but is still considered part of an early drawdown group when compared to other Asian nations. India is the most reluctant, having pushed for a 2031 date.

A group of 16 countries, including the US, UK, Japan, Germany and Australia, has agreed to provide $27m next year to help support an early end to HFCs. Private philanthropists have pitched in even more, pledging $53m to efforts to promote energy efficient alternatives.

This effort to reduce potent greenhouse gases known as hydrofluorocarbons while cutting energy waste and costs is a great example of the critical role innovation can play in addressing climate change while prioritizing international development, said the Microsoft billionaire Bill Gates, one of the donors via his foundation.

This initiative is a great opportunity for the public and private sectors to work together to solve a critical problem.

Worldwide power consumption for air conditioning alone is forecast to surge 33-fold by 2100 as developing world incomes rise and urbanization advances. By mid-century people will use more energy for cooling than heating.

Most people tend to think of energy in terms of heat and light and transport, said Toby Peters, visiting professor of power and the cold economy at the University of Birmingham, last October.

But more and more, its going to be about cold. Demand for cold is already huge, its growing fast, and were meeting it in basically the same way weve been doing for a century.

Cold is the Cinderella of the energy debate. If we dont change the way we do it, the consequences are going to be dramatic.