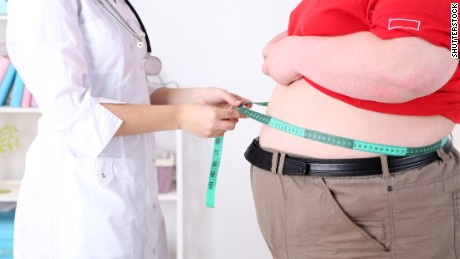 (CNN)The obesity epidemic has gone global, and it may be worse than most thought.

A new study in The Lancet says that if current trends continue, 18% of men and 21% of women will be obese by 2025.
In four decades, global obesity has more than tripled among men and doubled among women, the study says.
Can you address predict your premature death?
The paper compared body-mass index trends from 1975 to 2015 in 200 countries.
Here’s what else we found interesting:
Odds are pretty high your country has more obese people than underweight ones. More men were obese than underweight in 136 countries and more women were obese than underweight in 165 of them.
In 1975, 2.6% of the world’s population was obese — in 2014, that number jumped to 8.9%.
Obesity prevalence was less than 1% for men in two countries: Burundi and Timor-Leste. For women, Timor-Leste, Japan, Vietnam, North Korea, Cambodia, Laos and Bangladesh all had obesity prevalence under 5%
The cure for your junk food cravings? Sleep
Unsurprisingly, high-income English-speaking countries (Australia, Canada, Ireland, New Zealand, the UK and the U.S.) account for more than a quarter of the world’s severely obese people. Coming in second though is the Middle East and North Africa, which is home to 26 million severely obese people, or 13.9% of the world’s severely obese population.
Forty to 50 percent of women in several Caribbean and Middle Eastern countries are obese.
8 everyday activities that boost your health
Make way for China. In 1975, China was 60th and 41st for severely obese men and women, respectively. In 2014, it was second for both. 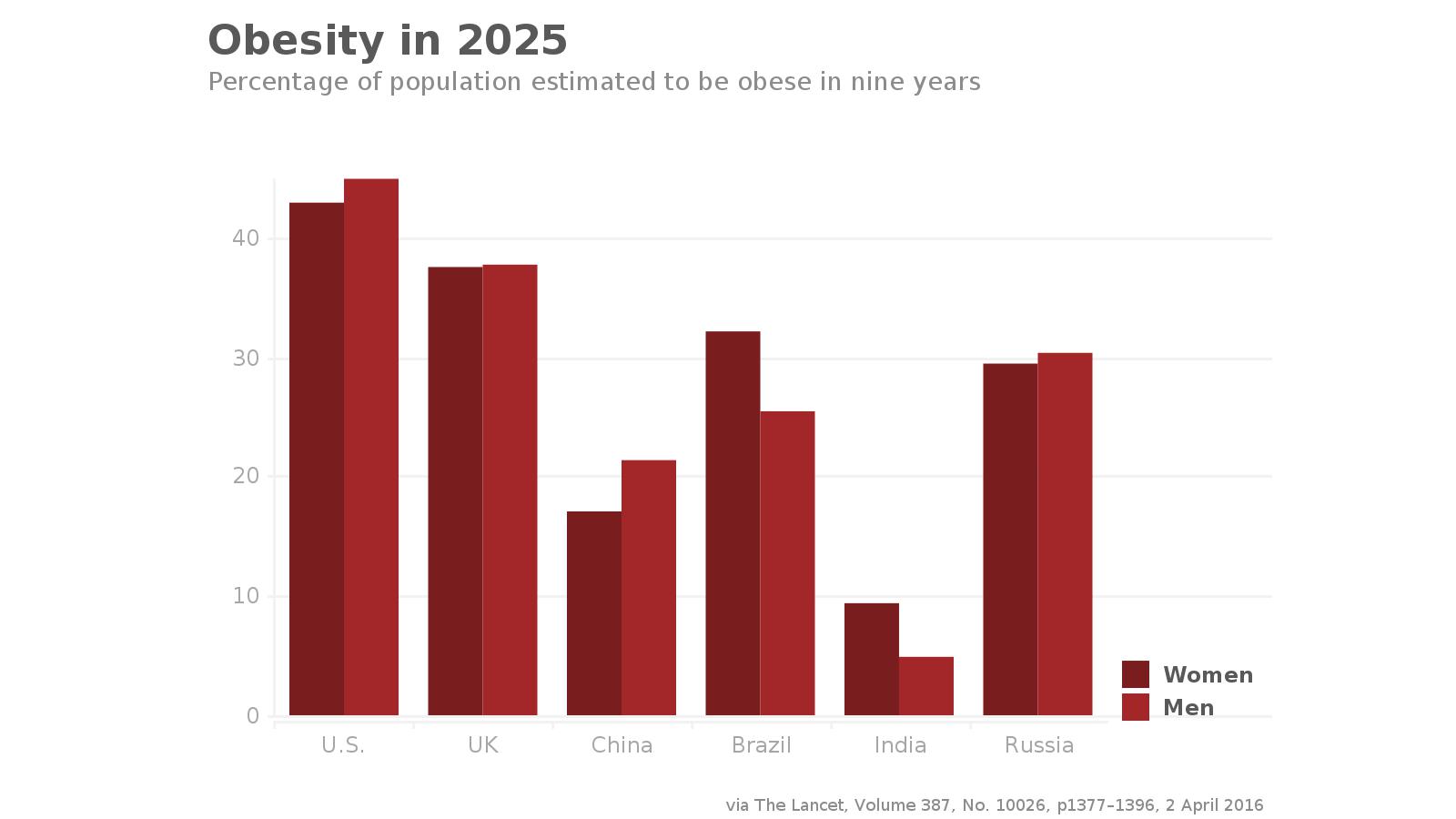 The United states, though, still takes the cake. More than one in four severely obese men and one in five severely obese women live in the country. By 2025, the study estimates that 43 percent of women and 45 percent of men in the U.S. will be obese.
Short men and heavier women earn less, can blame DNA
What chance does the U.S. have to stop the rise of obesity by 2025? Zero, the study says.
Find out here what the study projects for your country.
Follow Joshua Berlinger on Twitter